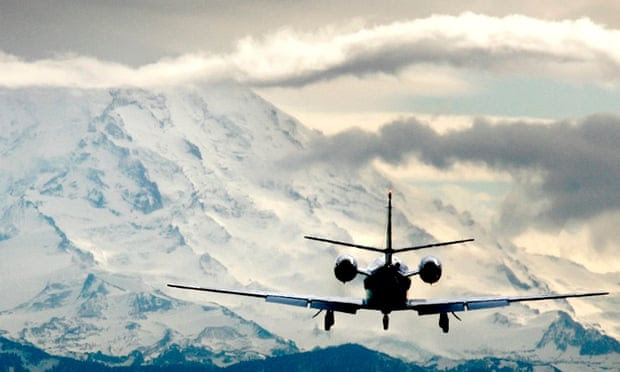 The global political and business elitists are gathered in the ski resort community of Davos, Switzerland for the World Economic Forum to discuss how to continue the stranglehold they have on the world's wealth at the expense of the masses. High on their agenda is apparently having a getaway plan when the masses finally decide they've had enough of the growing income inequality. From The Guardian:


With growing inequality and the civil unrest from Ferguson and the Occupy protests fresh in people’s mind, the world’s super rich are already preparing for the consequences. At a packed session in Davos, former hedge fund director Robert Johnson revealed that worried hedge fund managers were already planning their escapes. “I know hedge fund managers all over the world who are buying airstrips and farms in places like New Zealand because they think they need a getaway,” he said.

Johnson, who heads the Institute of New Economic Thinking and was previously managing director at Soros, said societies can tolerate income inequality if the income floor is high enough. But with an existing system encouraging chief executives to take decisions solely on their profitability, even in the richest countries inequality is increasing.

Johnson added: “People need to know there are possibilities for their children – that they will have the same opportunity as anyone else. There is a wicked feedback loop. Politicians who get more money tend to use it to get even more money.”

Someone was complaining at the Indianapolis City-County Council meeting the other night that our part-time council members are paid too little and should get a big pay raise. Au contraire. Chicago pays its full-time aldermen $108,000 a year. According to the Chicago Tribune, many still have other jobs from which they supplement their income. A story today says Alderman Michelle Smith earns $72,000 working for a non-profit foundation. The foundation's tax return listed her as a full-time employee, which the foundation's trust fund baby founders, Tim and Helen Meier, now say was a mistake. Those same multi-millionaires have contributed $373,000 to Smith's campaign committee. Smith says she just does a little work for the foundation in her spare time. The only purpose of the foundation is to award three grants annually of $33,000 each to mid-career artists. It's good work if you can get it.

On the issue of civil unrest, here's video footage from a brawl that erupted at a St. Louis city council meeting just last night after the president of the police union got into a shoving match with a woman after he concluded a heated exchange with a council committee chairman during a discussion of a civilian police oversight board.

I can't believe it... our part time [crony] City County Councilors should be paid more money??? Other than Christine Scales there is not one attorney or political hack in that Council room who is worth the money the TAXPAYERS pay them.

Guess who is NEVER at the table when it comes to fat-cat Democrat and GOP politicians "bargaining" for public union rates and benefits, teacher pensions and salaries, and sports venue giveaways for the wealthy? THE TAXPAYER.

I've yet to meet a TAXPAYER who enjoys the perks, the salaries and the benefits that accompany, the special treatment at all levels that THE TAXPAYER PAYS FOR.

TAXPAYERS earn far less and have far less "benefits" (if any at all) than these connected political POS Democrats and establishment Republicans.

Liberal Democrats and establishment Republicans reward themselves with goods paid for, but never equally enjoyed by, the lowly taxpayer.