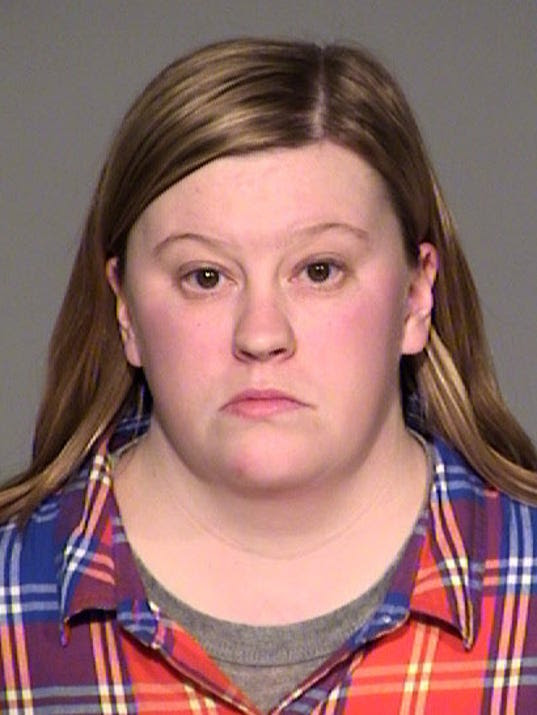 The local news media kept this story under wraps for quite some time. The Indianapolis Star told us their anointed star in the gay marriage battle, political consultant Megan Robertson, was on their list of fifteen people to watch in 2015--just not the reason we were told. It turns out that Robertson had been busted weeks before for drunk driving after she smashed her vehicle into a Hardees restaurant on East Washington Street. A blood alcohol test found she was more than double over the legal limit. The irony is that Robertson is helping lead the legislative effort this year to overturn the state's law banning Sunday alcohol sales. The Star's Tony Cook provides these details:


Megan Robertson, the Republican political operative who was hired to run the campaign to legalize Sunday carryout alcohol sales, is facing drunken driving charges after police say her vehicle crashed into a Near Eastside fast food restaurant on Christmas Eve.

Robertson, 32, lost control of her Chevrolet Equinox and struck a Hardee's restaurant at 921 E. Washington St., according to a probable cause affidavit. Robertson told police she was on her way home from a Fountain Square bar at about 1 a.m. after drinking two beers.

A breathalyzer test later showed she had a blood alcohol content of 0.168 percent, the affidavit said. That is more than twice the legal limit of 0.08 percent for driving in Indiana.

"I am incredibly ashamed of my poor judgment in this situation," Robertson said in a statement to The Star. "I am very grateful no one was injured, and I am very sorry to those I have let down. This lapse in judgment should not reflect on the causes that I have worked on over the course of my career."

She is charged with operating a vehicle while intoxicated endangering a person and operating a vehicle with an alcohol concentration equivalent to 0.15 percent or more. Both charges are class A misdemeanors and carry a maximum penalty of a year in prison and a $5,000 fine . . .

Robertson has a string of prior traffic arrests for speeding, failure to wear a seat belt and operating a vehicle while her driver's license was suspended, the most recent of which occurred on September 25 of last year. That case was still pending when she was charged with drunk driving on Christmas Eve. She is represented in both cases by Jennifer Lukemeyer of high profile attorney Jim Voyles' law firm. Robertson managed Mayor Greg Ballard's 2011 re-election campaign before she headed up Freedom Indiana as a paid lobbyist to fight the passage of a constitutional amendment banning same-sex marriages in Indiana.
Posted by Gary R. Welsh at 4:16 PM

Driving is a privilege, not a right. Not everyone should get (or keep) a license.

Actually the driving is a privilege not a right slogan is just that...a slogan. It's not based on law. But I agree that the two beer claim is a joke unless they're 64 ounce beers.

Let's remember that Megan is innocent until proven guilty beyond a reasonable doubt. Yes, the facts seem to indicate a solid case for the State, but I've seen -- both as a prosecutor & defense attorney -- seemingly great cases unravel before trial.

And, no, I am not writing this because I agree with Megan's positions on public policy. I have opposed her positions before (2012 GOP US Senate primary) & supported them as well (Sunday alcohol sales).

As an educated successful out gay male, I cannot for the life of me comprehend why my community - or any other community for that matter- highly esteems this woman.