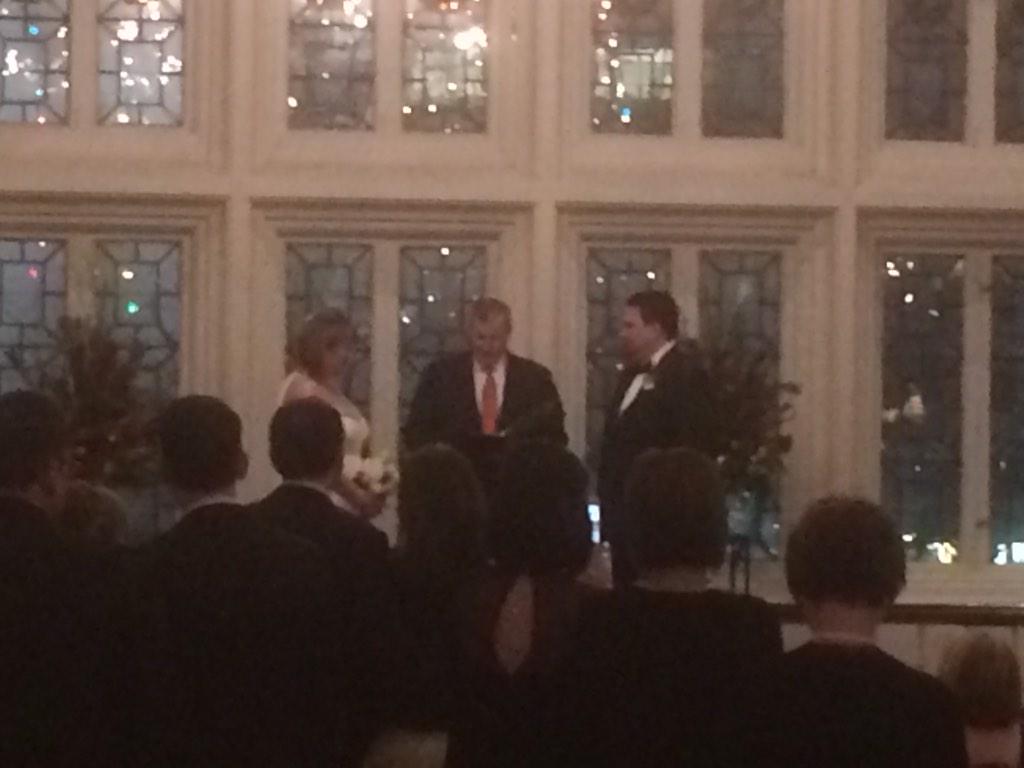 If you wanted any more evidence of the vindictiveness of Mayor Greg Ballard and the empty suit who serves as the Republican leader on the council, Mike McQuillen, check out a Twittert post McQuillen published with a photo of Mayor Greg Ballard officiating the marriage of GIPC Executive Director Molly Deuberry to Tim Craft, the candidate the boys slated in the backroom to take out Councilor Christine Scales because she votes like a real Republican and not for all of the corrupt self-serving deals Ballard and company have foisted on the public. Craft only moved into Scales district a few months ago so he could run against her. The Marion County Republican Party can't find a candidate to run for mayor against Joe Hogsett, but they had plenty of time and energy to find and finance a candidate to take out the hardest-working and only independent-thinking member of the Republican caucus in a primary. Scales is going to clean Craft's clock in the primary, but just watch how much money the Republican establishment wastes trying to destroy the party's best elected official in Indianapolis
Posted by Gary R. Welsh at 10:00 AM

Greg Ballard exhibits time and time again what little decency and ethics he possesses. I am so grateful to see this pile of sh%t exit the 25th floor. I truly wish someone would write about Greg Ballard's alleged forced retirement from the Marines and his alleged disgraceful forced exit from Bayer.

As for McQuillen, his vindictiveness and brown-nosing is only exceeded by his foppish behavior on display at every council meeting. Open the closet door for crying out loud, man.

Watch Kyle Walker and his masters burn through money trying to destroy Christine Scale-- Indianapolis' most ethical and true to the people Councilor... she cannot be bought and IMHO that is what the crooks of both local major parties detest about her the most.

You know, his early departure from the Marines was because of his weight and inability to complete the annual fitness test.

Check it out for yourself.

Did the GOP leadership attend? do you have names?

It couldn't have been a marriage made in the eyes of God with that man officiating.

I expanded Molly's picture to see if she had anything going for her.

Looks is not one of her assets.

I am a democrat that has lived in Councilor Scales district and greatly respect her. I did not vote for her but do respect and appreciate her independance. She works the district hard and knows her residents.

I no longer am in her district with the redistricting but I will be watching it closely.