Levine Rolled For Government After Being Linked To Male Prostitutes 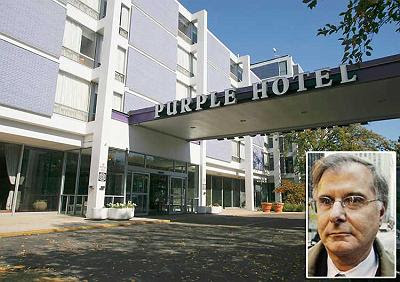 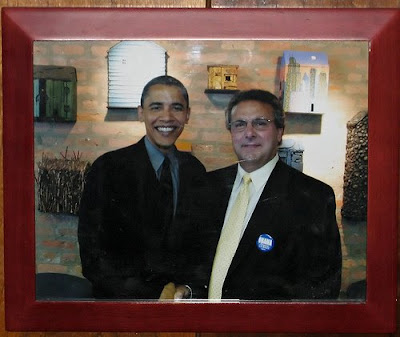 The government's key witness in the corruption trial of long-time Obama pal and political supporter, Tony Rezko, decided to become a witness for the government after federal investigators linked him to male prostitutes. That's in addition to the information gleamed from unsealed documents in the case, which revealed that prosecutors had originally planned to play up Rezko's illegal fundraising activities on behalf of Sen. Barack Obama. The Chicago Tribune discusses Stuart Levine's link to male prostitutes in today's edition:

Rezko was convicted of using Stuart Levine, a member of a state pension board as well as a board that regulated hospitals in Illinois, to rig decisions in exchange for kickbacks.Levine was the government's star witness against Rezko, but a newly unsealed defense filing alleges that Levine only agreed to cooperate after realizing that the government had learned that he frequented male prostitutes.

During the trial, jurors heard unsavory details about all-night drug binges that Levine had engaged in with a regular group of male friends, but St. Eve had barred any testimony about Levine's sexual habits.

Earlier this year, the Sun-Times ran a story discussing the all-night drug parties Stuart Levine was known to host at the infamous Purple Hotel in Chicago's Lincolnwood neighborhood and occasionally in Springfield. Although these parties were sometimes described as being all-male parties, news accounts skirted the issue of gay sex activities at these parties, and the judge in Rezko's case barred any testimony about his sexual orientation. Levine, who is married with children, is shown at at what is purported to be photo of him with Obama at Gene & Georgetti, a popular Chicago restaurant. The photo of Obama and Levine was discoverd hanging on the wall of the restaurant earlier this year and was uploaded to the Internet.
=>For a humorous take on Obama's "Strange Bedfellows", check out this video.
=>Also, it's Gay Pride weekend in Chicago. The HillBuzz blog has a post pondering the question of whether Obama will be a no-show at this year's Pride parade in his hometown as in year's past. "I'm sure there are tons of people in Chicago Obama hasn't seen in years, and it seems like everyone comes out for the parade, so who knows, Obama could run into all kinds of old friends, which would, I'm sure, make him very, very happy (who doesn't love seeing old friends, or fellow church goers, or whomever)," Sebastian Gray writes at HillBuzz. "Later, they could all retire to the Obama Mansion in Hyde Park to play some Scrabble with Michelle (bet she's a whiz with the triple-word-score! So smart and classy! Yet, surprisingly not that into Pride)."
Posted by Gary R. Welsh at 1:55 PM