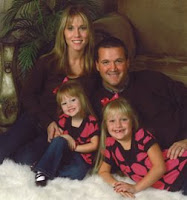 Democratic gubernatorial candidate Jill Long Thompson has finally settled on her lieutenant governor choice. It is State Rep. Dennis Oxley (D-English), a 10-year veteran legislator and Democratic Whip in the House. A former educator, Oxley now works as a Project Coordinator for Beam, Longest & Neff, LLC, a 60-year-old, large engineering firm headquartered in Indianapolis. The firm has been awarded many highway and bridge engineering contracts with the State of Indiana and local governments over the years. Ironically, the man Thompson vanquished for the gubernatorial nomination, Jim Schellinger, owned an architectural/engineering firm, which has been awarded many contracts to construct new schools throughout Indiana. Thompson criticized Schellinger for supporting higher property taxes to support projects awarded to his company.
Posted by Gary R. Welsh at 4:17 PM