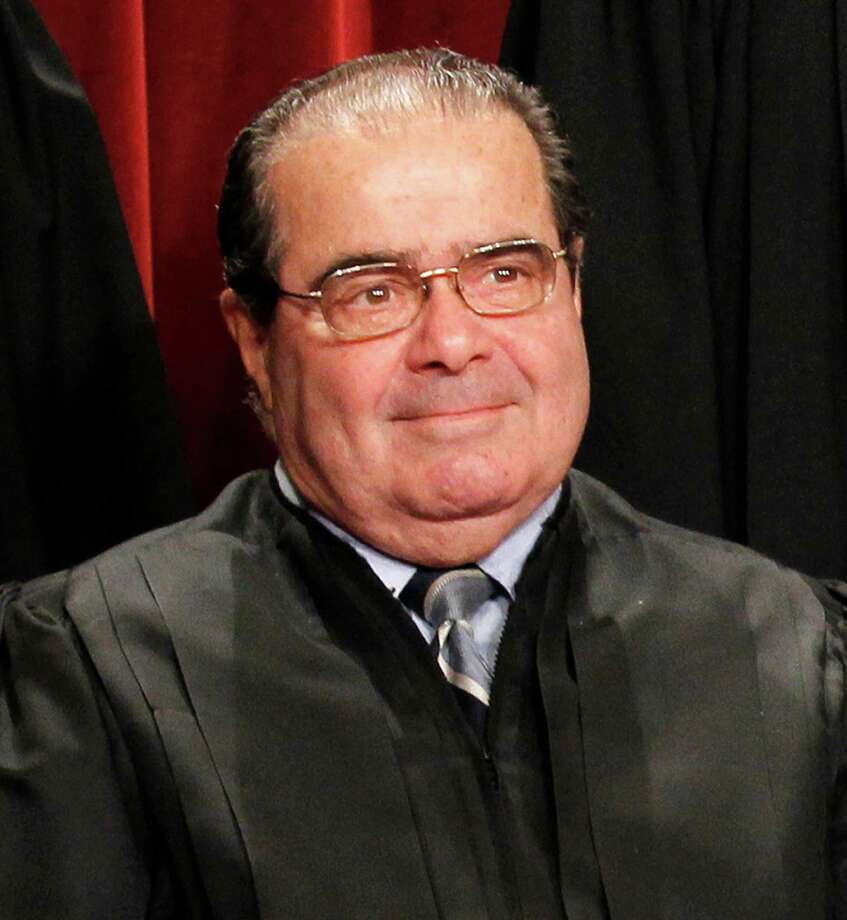 UPDATED: This is a big game-changing event. The brain trust of the U.S. Supreme Court's conservative wing, Antonin Scalia, was found dead today at a West Texas ranch. Scalia, 79, was visiting Cibolo Creek Ranch, a resort in the West Texas Big Bend region south of Marfa. The luxury resort is owned by Houston manufacturing magnate, John Poindexter. Scalia's death is described as being caused by natural causes.

It's peculiar that the San Antonio Express-News first reported Scalia's death earlier this afternoon, but the mainstream media didn't confirm his death until late this afternoon. Scalia died in his sleep last night and was discovered by hotel staff early this morning when he did not awaken and join his traveling companions for breakfast. He reportedly arrived at the resort yesterday for a hunting trip and had dinner with a large group before retiring for the evening.   A hearse did not arrive to remove Scalia's body from the resort until late this afternoon.

If President Barack Obama is allowed to appoint his replacement before the end of his term in office, it will shift the ideology of the court sharply to the left. Without Scalia's vote, for example, Americans would have been stripped of their constitutional right to bear arms based upon the interpretation of the U.S. Constitution's Second Amendment advanced by the four liberal justices on the high court. Scalia, who was appointed to the Supreme Court by Ronald Reagan, joined the four other justices of the Supreme Court, all appointed by Republican presidents, in affirming that the Second Amendment gives all Americans, not the just the military and police, the right to bear arms.

Senate Majority Leader Mitch McConnell has already gone on record against allowing President Obama to name Scalia's successor. "The American people‎ should have a voice in the selection of their next Supreme Court Justice. Therefore, this vacancy should not be filled until we have a new President,” McConnell said in a statement. The leading Republican presidential contender, Donald Trump, called Scalia's passing "a massive setback for the conservative movement and our country." Both Sen. Ted Cruz and Sen. Marco Rubio quickly put out statements saying the decision should be left to the next president, not Obama.

The totally unexpected loss of Supreme Court Justice Antonin Scalia is a massive setback for the Conservative movement and our COUNTRY!
— Donald J. Trump (@realDonaldTrump) February 13, 2016

This is the biggest news in a decade.

With Senator Lugar's position about the Senate's role being poll tested and found wanting you can wager safely that the Republicans will adopt Ted Kennedy's position and confirmation of the next SC judge will be done by a new President.

Was the Pelican Brief called to mind by anyone else?

11 months is too long to go without a full Supreme Court. I support a fast nomination of a replacement and confirmation by the Senate. Otherwise, what role does the Senate actually play but to stall and whine? Lets get it over with.

What a farce that the Republicans want to deny a replacement for Scalia until the next election 11 months away. That's where the Republicans are so shallow and obvious. Although, I will vote for Trump but that is it. Otherwise...Bernie. No one else is worthy of caring about our country.

Based on McConnell's past statements for the public and his actions for the political establishment to the contrary, I have every reason to believe RINO Republican Mitch McConnell will be working behind the scenes doing all he can to help the extremist idealogue Barak Obama appoint to the Supreme Court any leftist liberal like himself he desires.

I call the death highly suspicious. The timing with the end of Obama's term and the recent Supreme Court decision, as well as Obama's attempt to assert Totalitarian rule over the Constitution makes this worthy of the appointment of a Special Prosecutor. Of course, if carried out by the CIA or others acting for him, the method of death may be untraceable.