A Face From The Past 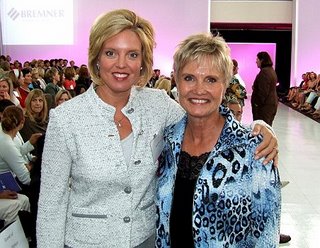 Gilroy lost the 1999 Indianapolis mayoral election to Bart Peterson (D), ending several decades of Republican dominance in Indianapolis city government. Gilroy led Peterson in polls by an 8-10 percentage margin until her campaign advisors convinced her that she needed to run negative attack ads against Peterson. As soon as those ads aired, Gilroy's support in the polls fell, and she never recovered.

I've sometimes wondered how different the Marion Co. Republican Party would be today if Gilroy had ignored the advice of her advisors and stuck with a positive message. The party has been in a continuous, downward spiral since that election loss. There is no doubt in my mind that she would have succeeded in changing the face of the local party considerably if she had won. It would be a party of inclusion instead of the exclusive club of good-ole boys it is today.

...and if Jack Cottey had wings, he could fly.

I do have to say I still admire her gutsiness in doing a gay pubcrawl seeking votes !

Wilson, that's part of my point about inclusion. She wasn't an anti-gay bigot like most of the people over there running the Marion Co. GOP now.

She got sold out by her own party. The big business boys decided they needed someone in their pocket. Bart's done more to line the pockets of the rich than any Republican could have begun to do. And the Democrats cheer him on. Who would have thought?

Excellent comments, interesting post...I don't know what polls you were reading, AI, but she was never ahead by 8-10 points after July 30.

She's an excellent lady...don't get me wrong. ANd I know her--she wouldn't let anyone sell her out. She's strong-willed. But the negative ads didn't make the difference. The fact that Bart had money to fund a decent campaign, that's what won it. And if Center Township had voted at something more than 40%, it would've been over in May. But I digress...

Demographics and the first well(self-) funded Dem candidate in a long time, combined to win that election for Bart.

Sue Ann was never going to win. It wasn't in the cards.

Regardless who won, it was time for a change. Forty years of ignoring expensive problems, had come hoem to roost. Like him or loathe him, Bart didn't run from the combined sewer overflow problem. Or township government and public safety duplication of services.

Bart has the "J.C. Mafia" on his side. People like Wilson, Carl Drummer, etc. etc.

If the GOP were still in control we wouldn't be in the financial pickle we're in now, we'd have better IndyGo service (thru contractors), better city services throughout and not having to borrow against future possible taxes to pay for the present.

"And he'll win again next year"

....and continuing Indianapolis' slide from "mediocre" to "absolute crap".

Goldsmith borrowed us into oblivion.

Lugar, Hudnut, Goldsmith ignored the critical infrastructure needs of the city, knowing they were expensive, thus the cost would irritate their conservative GOP base.

A Republican federal judghe ruled 15 years ago that our jail violated basic constitutional rights. Around the country, that's only happened four or five times. And this came from a female GOP fed judge who is, let's just say, not usually a strong friend of civil libertarians.

The repsosne of the Republicans: Ignore.

nannahnah I can't hear you No hear, no problem

The sound you hear from 8:38 and some of his friends, is the sound of a dinosaur (elephant?) dying.

And the city isn't at all sad about that.

Finally we have someone willing to look expensive problems in the eye and tackle them. I don't always agree with BP's solutions. But he is not running.

And he will win again. Bring on Phil, if his heart can take it..what a goof. Bring on Ike. Yeah, taht's what we need, a career civil servant as mayor. Bring on Carl if he loses the prosecutor's race.

You're starting to look like we Dems looked in the 70s. Losers.

The problem is under the Bart regime the CCC up until now refused to pay for the Jail II services. Isn't it amazing that suddenly there was jail space when Brizzi suggested that we ship inmates to New Castle for storage?
Now MMA and Greg Bowes along with Bart's groupies are claiming credit for the jail overcrowding.

Jail II came online almost 3/4 of the way into Goldy's tenure. He gets partial credit only.

He completely ignored the combined sewer overflow. No contest.

Here's one Dmeocrat who thinks the DOC prisoner shift might make some sense. If the state has the room, ship em off.

But it is not a reliable long-term solution.