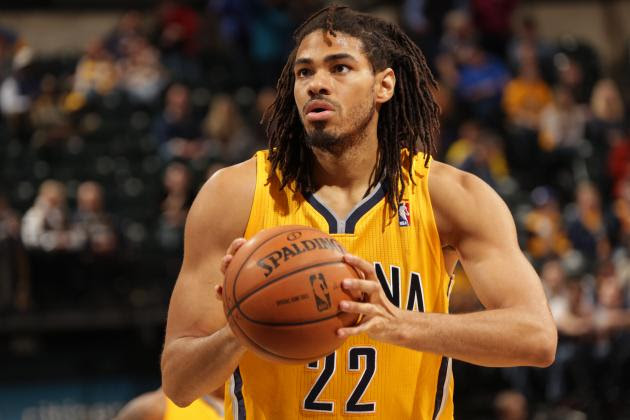 The Indiana Pacers were in New York City to play the Knicks tonight at Madison Square Garden. True to form, players go out on the town partying until the wee hours of the morning the night before a game. Pacers forward Chris Copeland got into an argument with his wife outside the 10AK Club in Manhattan. A 22-year old got mixed up in the argument and pulled a knife on Copeland according to the New York Post, which he used to stab Copeland in the stomach before turning the knife on Copeland's wife, Katrine Saltara, and another woman. Copeland and his wife are reportedly in stable condition at Bellevue Hospital.
Posted by Gary R. Welsh at 8:16 AM

"The hottest club in New York is 1 Oak. It's got everything: Fracases, bleeding Hoosiers, Hawks in cuffs, police tape......."

How many people in high profile occupations with giant salaries are out at 4:00 a.m.? Of those, how many get involved in ghetto-type of violence?