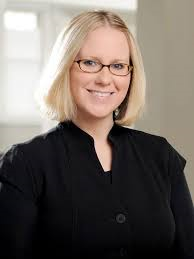 Former Muncie City Judge Dianna Bennington was removed from the bench late last year after the Judicial Qualifications Commission filed 13 counts of judicial misconduct against her and was later ordered by the Indiana Supreme Court permanently banned from serving as a judge after she jailed a critic and engaged in actions unbecoming of a judge in a domestic dispute with her ex-husband and his girlfriend. Incredibly, a year earlier former Judge Bennington had filed a disciplinary complaint against fellow blogger and attorney Paul Ogden, who at the time had a pending disciplinary complaint for criticizing a judge in a private e-mail, because he blogged critically about her jailing a critic of her court. Ogden did not learn of Bennington's complaint against him until he received a notice in the mail from the Disciplinary Commission yesterday advising him Bennington's complaint had been dismissed. Ogden writes at his aptly-titled blog, "Disbarring The Critics":


Today I opened my mailbox to find a nice thick envelope from the Indiana Supreme Court Disciplinary Commission. It was notification the Commission that now former Muncie City Judge Dianna Bennington had filed a Rule 8.2 grievance against me for two blog articles I wrote critical (here and here) and comments I had made on a newspaper website criticizing her mishandling of a contempt case involving Curtis Westbrook. The envelope contained not only the brief letter from DC Executive Secretary Witte but copies of my blog and comments made in conjunction with the story . . .

Bennington filed her grievance against me on February 25, 2014. In the nearly one year time since then, Witte and the Commission provided me with zero notice that a grievance had been filed against me . . .

Now that takes chutzpah!
Posted by Gary R. Welsh at 8:02 AM

Thank goodness that Bennington was removed from the bench!

Will she factor into the administration's mythical metrics of single digit unemployment or compete with Brian Williams for a new job?

If they hadn't already killed Ogden, who knows where this might have gone?

Indiana is a weak state for speech rights, and Ogden was killed over speech.

Ogden lives, 'tis they who are among the walking dead.

On the Indiana Roll of Attorneys,
she still shows as Judge of the Muncie City Court. Maybe someboddy ought to update that?