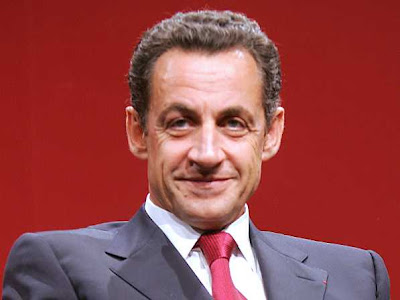 A stunning and far-reaching public corruption probe in France has resulted in criminal charges being filed against that country's highest elected official, former President Nicolas Sarkozy. The charges came after Sarkozy was detained at a police station in a Paris suburb to face questioning over his alleged attempt to illegally influence judicial proceedings in corruption cases in which he has been implicated. Sarkozy faces up to 10 years in prison if convicted of the charges.

Among the allegations against Sarkozy is a claim that former Libyan dictator Muammar Gaddafi provided millions of dollars to finance his 2007 election campaign. Sarkozy is accused of accepting $70 million from Gaddafi as well as large sums of cash stuffed in envelopes from France's wealthiest woman, Liliane Bettencourt, heiress of the L'Oreal fortune. Sarkozy is also accused of arranging kickbacks from a Pakistani arms deal prior to his election in 2007. His long-time attorney and a magistrate were also arrested in the judicial tampering probe. Sarkozy's predecessor, Jaques Chirac, was also convicted on public corruption charges stemming from his tenure as Paris' mayor.

Sarkozy has dismissed the allegations that Gaddafi helped finance his 2007 campaign as "ridiculous," noting France's participation in NATO efforts to oust the dictator in 2011. The news reports indicate that investigators were given authorization to tap Sarkozy's phones starting in 2013. Sarkozy was acquitted of charges that he accepted money from Bettencourt illegally in a proceeding concluded last year, but the Gaddafi investigation is ongoing. Authorities learned after months of fruitless investigating that Sarkozy had a cell phone registered under an assumed name that he was using. Recordings from that phone allowed the investigators to gather evidence in their ongoing influence peddling probe.

French President Francois Hollande said on Wednesday that his predecessor Nicolas Sarkozy should be seen as innocent until proven guilty. Le Figaro, the newspaper of choice for many French conservatives, asks if Nicolas Sarkozy is not being singled out for political reasons, and suggests that French judges are seeking revenge for criticisms he made of the justice system while in office, when he famously described magistrates as indistinguishable "little peas". His supporters are sure the whole thing must be a set-up. They say there is pathetically little in the file that the magistrates are trying to build against him. How can Mr Sarkozy be accused of influence peddling, they ask, when the judge he was supposedly using at the High Court of Appeal had no role in the various investigations that were under way; and when that same judge never even got the cushy job in Monaco that was allegedly his bribe? And how can there be justice when the magistrates only stumbled on the affair after tapping Mr Sarkozy's phones and listening into conversations with his lawyer? While president, Mr Sarkozy came to be detested by many in the justice system. Rightly or wrongly, magistrates saw him as trampling on their cherished independence - and they vowed revenge. The fact is that over the years, Nicolas Sarkozy has alienated huge swathes of the French establishment. "But the establishment still has power in France. And there is nothing more establishment than French judges."

While we’re on the topic of Judges, people have been talking about Garland Graves, the judge out in Warren Township. It seems the lawyers representing debt collectors have been using Court offices again to confer with defendant debtors and squeeze out settlements. They walk around that courtroom while court is in session like they own the place. One case was called, the defendant went up, someone said the lawyer was out in the hall talking on the phone, the bailiff/constable Paul Tuttle went after him, and five minutes later the debt collectors’ counsel sauntered back in, without an apology. Seems the Judge has lost control over there. And litigants were all brought in and had to be in their seats before an 8:30 morning session. The Judge didn’t show for an hour, and come 11:30 he was still representing debtor cases all represented by only 2 lawyers while an entire courtroom of landlord tenant cases sat for 3 hours before being heard. Can’t they stagger those court hearing times? The landlords were cursing the Judge in the parking lot, and comparing him to Judge Rivera. There were several issues about the Judges landlord tenant decisions that were frustrating the property owners. Landlords now have to come back for a second hearing to get a judgment. Every other court will give you possession and a judgment for 1 months rent in the first eviction hearing and damages hearings are optional, but Judge Graves makes you come back for a judgment, making every eviction a two hearing process. Not popular. If Judge Graves wants to win re-election he’s got to run an efficient property court.

Nicholas Sarkozy has done nothing compared to Officer Rich Mount and Ken Campbell in the Boone County and Lebanon Police Departments.