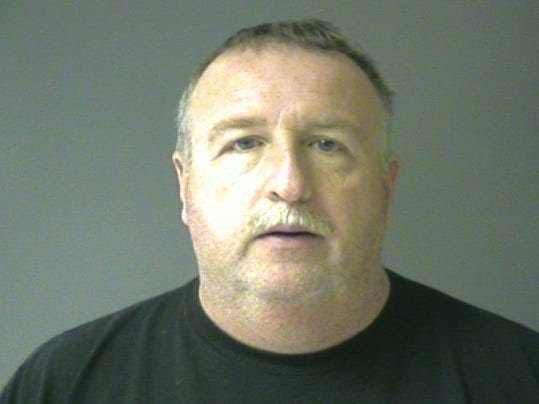 A former Frankfort police officer has pleaded guilty to felony theft charges for stealing $150,000 from a private company that hired him to make cash bank deposits. The Good Oil Co. hired retired Lt. Randy Emery to pick up its cash deposits from one of its BP gas stations at the intersection of I-65 and Indiana 28 and transport them to a local Regions Bank branch. Emery reliably picked up the cash deposits while working as an off-duty police officer but stopped making deposits at a certain point. Emery told the court that he used the money for a gambling addiction for which he has since received help. A special prosecutor, Todd Meyer, told Clinton Circuit Court Judge Brad Mohler that casino receipts corroborated Emery's account.

Emery retired as a police officer shortly after his arrest in February. Under a plea agreement, his charges were reduced from a Class C to a Class D felony. He received a 3-year sentence, all of which was suspended, and ordered to pay $110,000 in restitution. Best of all, he gets to keep his public pension for his years of services as a police officer. "Chief Troy Bacon said the former officer gets to keep his pension because his retirement halted an internal investigation by the department," the Lafayette Journal & Courier reported. Bacon said he hoped the misdeeds of one police officer "won't lead the public to believe immoral behavior runs rampant among the ranks."
Posted by Gary R. Welsh at 9:57 AM

Question: Would you want to hire him, so that he can be able to make restitution?

Emery should lose his pension. He is a criminal, and a convicted felon. He is a POS.

Why would Indiana allow a FELON to have a pension??? It's wrong.