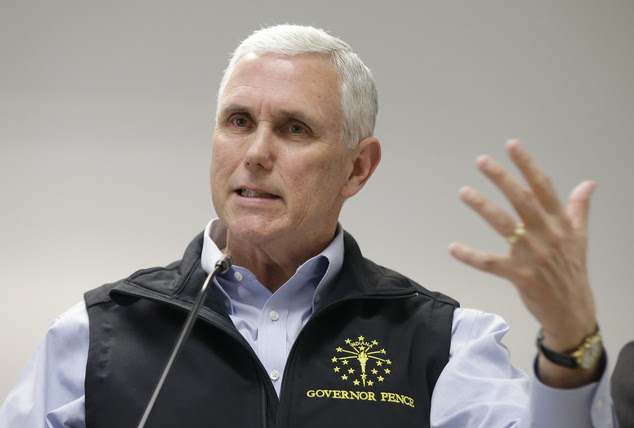 An unprecedented outbreak of HIV infections in rural Scott County in southern Indiana has caused Gov. Mike Pence to take steps to declare a public health emergency in the county. According to news reports, at least 72 79 persons have tested positive for HIV. Public health officials attribute the recent infections to needle sharing among drug users, leading some lawmakers to call for establishing a needle exchange program to limit the spread of infections.

A spokesman for Gov. Pence told Fox 59 News that Gov. Pence opposes a needle exchange programs as an anti-drug policy; however, he may allow an exception to help curtail new infections in the affected areas. "To be clear, as we hear this [legislative] amendment today, Governor Pence opposes needle exchange as anti-drug policy and he stands by current law,” said deputy state health commissioner Jennifer Walthall. “(However) with regard to needle exchange he is considering a focused limited program for the sole purpose of addressing this epidemic in Scott County.”

UPDATE: This story has gone international. The popular Internet tabloid, The Daily Mail, has picked it up.

Here's the text of a press release issued by Gov. Pence's office today, which indicates the number of confirmed cases has been increased by 7 from 72 to 79:


Governor Mike Pence today declared a public health emergency in Scott County due to an outbreak of HIV that has reached epidemic proportions. The declaration was issued in Executive Order 15-05, which orders the state to coordinate a multi-agency response, and provides additional resources and tools to tackle the outbreak.

The Indiana State Department of Health (ISDH) has identified 79 confirmed cases of HIV originating in Scott County related to the outbreak in southeastern Indiana. Typically, Scott County would see fewer than five new HIV cases in a year. All cases are linked to injection drug abuse. This is an epidemic.

Since the outbreak was first identified in late January, ISDH has worked closely with local health officials, the Centers for Disease Control and Prevention (CDC), drug treatment facilities, local medical providers, and other State agencies to contain the outbreak and get treatment for those who test positive for HIV. A medical team from CDC arrived in Scott County on March 23 to help with following up on contacts of HIV positive individuals and analyzing data. Additional CDC personnel will arrive next week.

Governor Pence met with the CDC on Monday and visited Scott County on Wednesday to talk with local officials, health professionals and concerned citizens and informed them that he would be declaring a public health emergency in Scott County.

“Scott County is facing an epidemic of HIV, but this is not a Scott County problem; this is an Indiana problem,” said Gov. Pence. “The people of Scott County are working hard to address this crisis, and with additional state resources and new tools provided by this emergency declaration, I am confident that together we will stop this HIV outbreak in its tracks.”

Executive Order 15-05 orders ISDH to set up an incident command center to coordinate HIV treatment and substance abuse treatment and requires state and local health, law enforcement and emergency response agencies, as well as health care providers and hospitals to cooperate and assist in disaster response. In addition ISDH will set up a mobile one-stop shop to assist individuals in enrolling in HIP 2.0, offering vaccinations, and providing identification information.

The order, upon the recommendation of officials from the CDC, also authorizes Scott County health, safety, law enforcement and local officials to take the actions they deem necessary to respond to the epidemic, including designing and implementing under the supervision of ISDH a targeted, short-term needle exchange program for the sole purpose of containing the epidemic.

In addition, ISDH is launching a regional public awareness campaign, called “You Are Not Alone,” which focuses on drug treatment, infection prevention, safe sex, needle disposal and HIV testing and treatment. Viewers are encouraged to contact the HIV services hotline or addiction hotline for local treatment and care resource. The three-month campaign will include digital and social media ads, billboards along the Interstate 65 corridor, radio, and will be featured in the free local paper, The Giveaway.

Mike Pence is completely wrong in his opposition to a needle exchange as are the reasons (excuses?) he gives for opposing needle programs that prove effective in preventing the transmission of HIV, HEP, and other types of infections. As a long standing Republican voter, I've come to realize people like Mike Pence are wrong on just about everything. It isn't the traditional Republican party platform that is wrong with the party, it is the old guard people like Mike Pence in it who are the problem.

A little late on the crisis...

Anon 826: I hope the traditional platform did not align with this bellicose drivel written by the scaremongering masters of the military industrial complex and AIPAC, with some good ole NAZI Fatherland "exceptionalism" hyperbole thrown in not ironically for good measure.

If the heroin addicts die of HIV, the covert government will lose drug business. Better prop that business up along with the rest of the criminal enterprises.