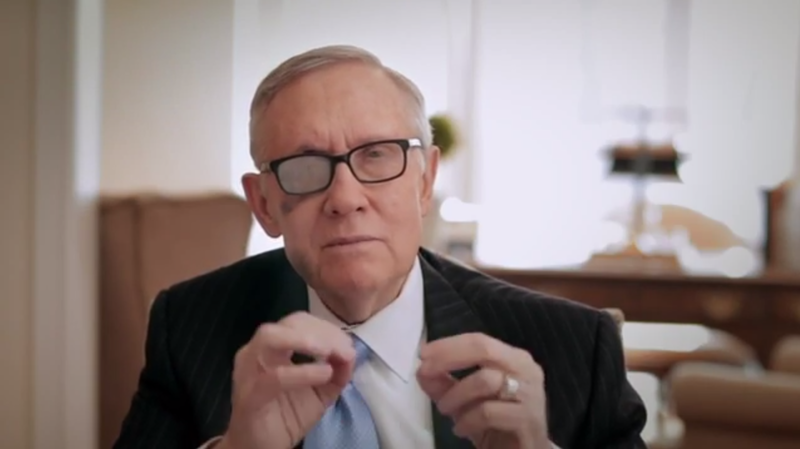 Senate Minority Leader Harry Reid (D-NV) will announce he won't be seeking re-election to his Nevada Senate seat. Reid survived a very close re-election battle in 2010, and he says he doesn't want to soak up campaign resources for himself as Democrats try to regain control of the Senate. Reid also says the severe eye injury he sustained earlier this year from a fall while exercising weighed in his decision.

There hasn't been much mention of this in the media, but Sen. Rand Paul (R-KY), an ophthalmologist by profession, has been assisting Sen. Reid during his recovery in his attempts at regaining sight in his injured right eye. Reid recently praised Paul for his encouragement and expert advice and wanted to let the people of Kentucky know just how "thoughtful, considerate and kind" their junior senator is.
Posted by Gary R. Welsh at 8:15 AM

“I understand this place,” Mr. Reid said. “I have quite a bit of power as minority leader.”

And that says exactly what is wrong. The position should be to SERVE the people, not equate it to power he has. Pathetic.