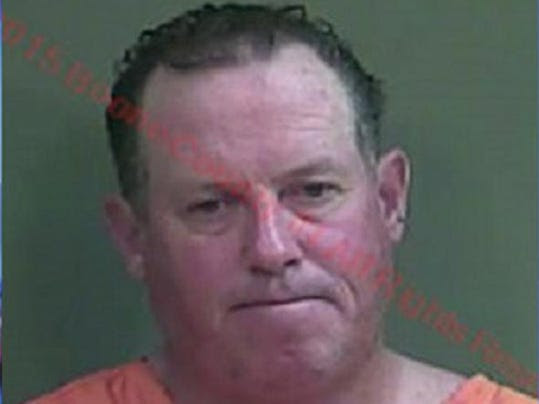 A portable breathalyzer test administered to former Indianapolis Colts quarterback Jack Trudeau during a traffic stop Sunday night for suspicion of drunk driving tested almost four times over the legal limit according to a probable cause affidavit filed by the Zionsville Police Department. That same police report claims Trudeau, 52, threatened to kill the arresting police officer according to the Indianapolis Star.

The portable breath test registered a 0.31 blood-alcohol content, enough to kill a person from alcohol poisoning, but it was considered a poor sample. Trudeau refused to consent to a blood-drawn test and became belligerent towards the officer as he was being transported to the Boone County jail. The police report claimed Trudeau told the officer he was a celebrity and had powerful friends and attorneys.

This isn't Trudeau's first brush with the law. In 1987, Trudeau was arrested for striking a police officer during a brawl in a downtown Indianapolis bar. In 1990, he was arrested in Hamilton County for operating a vehicle while intoxicated with a blood-alcohol content of 0.19 and later pleaded guilty to that charge. In 2007, he was accused of hosting a graduation party at his home where alcohol was furnished to minors. He later pleaded guilty to a Class C infraction and paid a $2,500 fine.
Posted by Gary R. Welsh at 9:47 PM

"Trudeau refused to consent to a blood-drawn test and became belligerent towards the officer as he was being transported to the Boone County jail."

Neither of those are crimes.

The police affidavit claims he threatened the officer. We'll see if there was a dash cam recording.

ANon 10:13 - Agree, neither are crimes and I also agree that we shouldn't be too eager to surrender our rights to the authorities. That said, the booking photo indicates a train wreck of a man, actually more of a fat little boy who needs to grow up and start taking responsibility for his actions. Funny how you never see the sexy, glamorous face of alcohol in booking photos. Wish more of us could connect the dots. Even though I never got arrested, I did things I'm not proud of while under the influence of alcohol. I eventually woke up and figured out how companies like AB were manipulating me and then I kicked them to the curb. I realize that the culture of this place is all drunk all the time, but life is so much better without the garbage these people peddle.

Trudeau and Schlichter, what is wrong with this picture?

Pretty sure the Zionsville Cop did not wake up on the morning he/she arrested Trudeau and thought, I think I will go out and arrest Jack Trudeau today!

Anon 5:10; Implied Consent surrendered your rights a long time ago. A possible refusal to submit to a blood test will fall under that Implied Consent. Refuse a test and the case will hinge on observations of his driving and field sobriety testing. But, good luck keeping your license during the Administrative BMV hearing. (last I knew - Correct me Gary - been a long time ago)

The implied consent law means he loses his driver's license automatically for one year for refusing the test unless he can convince a judge he should get his license back regardless of the outcome of the underlying drunk driving arrest.

Gotta tell you, something kind of screams "self-medicating" about his pattern of behavior post-football. I'm sure his family already has paperwork submitting his brain for CTE studies if/when he ends up killing himself.

I'm not sure about his medical history with concussions while he was playing football. I wouldn't be surprised to learn he suffered a number of them while playing. Maybe that's a contributing factor.

Needs to acknowledge he is an alcoholic and get sober before he hurts someone.

Clearly he was behaving in a way to cause the police to question the safety of EVERYONE ELSE on the road.

If he wants to drink that is his choice, but when drivers are dangerous to other drivers, I expect them to be investigated.

Here is a guy who was on top of the world, now he is in the basement of life, lost his home, family,financially broke, legal issues for years, fame and fortune destroys people if they cannot emotionally handle it. We read this story on page one all the time!