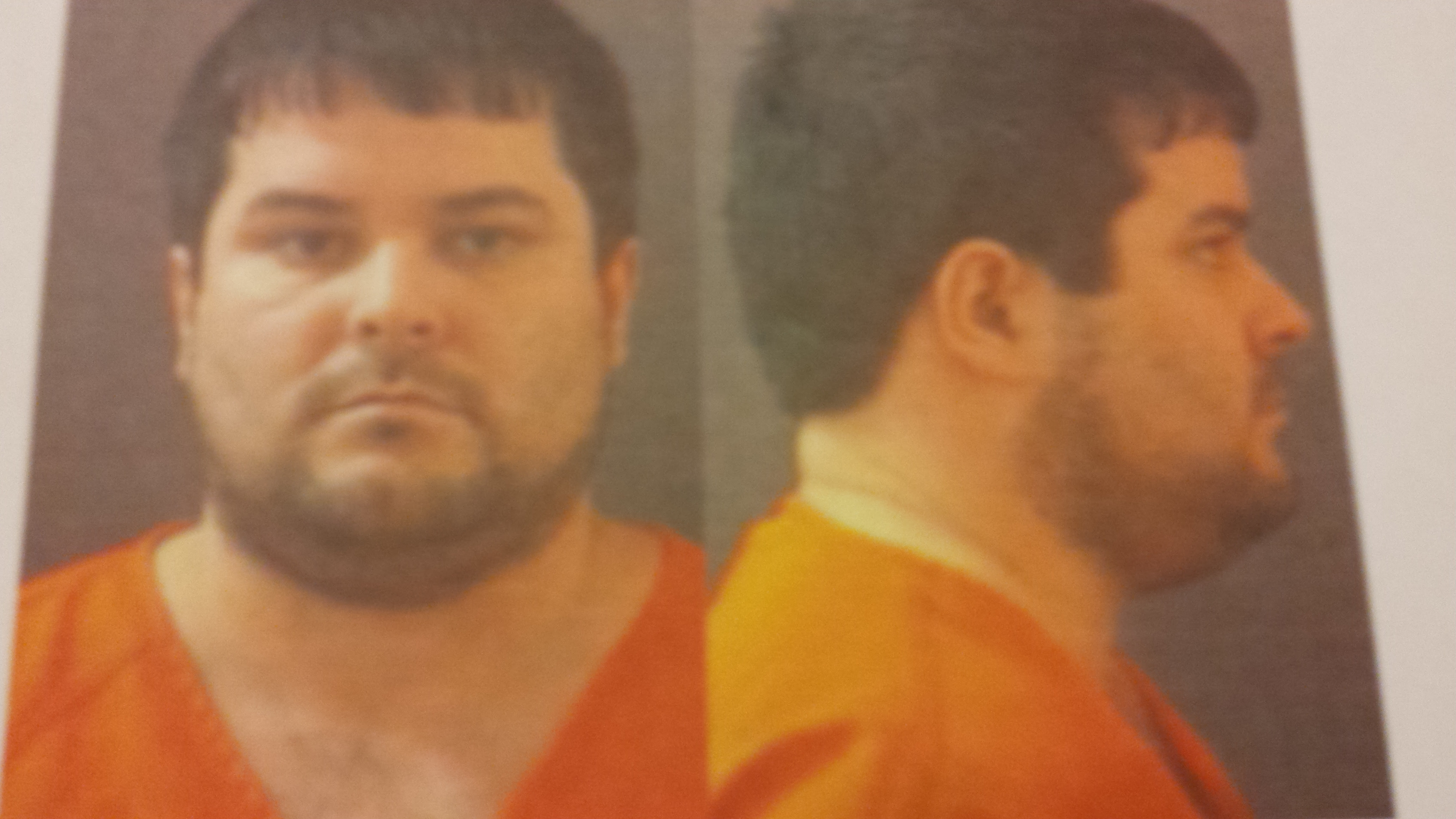 In a bizarre terrorist plot striking close to home, the 30-year old, younger half-brother of Laura George, wife of former Indianapolis Motor Speedway CEO Tony George, has been indicted by Israeli officials for plotting to blow up Muslim holy sites in Israel. Adam Livvix, formerly of Marshall, Illinois, reportedly took up residence in Palestinian-controlled cities on the West Bank after entering Israel on a tourist visa in March, 2013 according to the Jerusalem Post while on the run from U.S. authorities on drug-related charges. Livvix, who previously held no strong religious views during any time in his life growing up and living in the United States, allegedly began expressing negative views towards the Arab population living in Israel and his desire to cause harm to Islamic holy sites in Israel through the use of explosives.

Here's where a person with an ounce of discernment begins to question the Israeli government narrative. In October, Livvix allegedly moved into an apartment in Netanya with an Israeli soldier, who just also happens to have a dual U.S. citizenship, after crossing back illegally into Israel long after his tourist visa had expired. Israeli officials say Livvix passed himself off as a Navy SEAL Team commando member. Livvix supposedly asked the IDF soldier to obtain weapons and explosives for him. The Israeli soldier obliged Livvix' request by provided him six stun grenades, as well as tear gas canisters and smoke grenades, he had stolen from his base. Livvix allegedly offered to pay the soldier NIS 2500 for the weapons, 500 shekels of which Livvix allegedly paid to the soldier. Livvix supposedly stored the stolen weapons in a shed next to his apartment.

It's also claimed that Livvix had earlier turned down an offer to help assassinate President Barack Obama during a visit to Israel last year. "Livvix, who was allegedly offered sniper rifles to carry out the assassination, refused the offer, according to police," the Post reported. That's when he allegedly left the West Bank and entered Israel, whereupon he began passing himself off as a Navy SEAL. The Post says Livvix has confessed to committing a number of fraud-related crimes, as well as making initial terrorist preparations for an attack on Muslim holy sites. Israeli officials claim the investigation is being carried out jointly with the FBI. The Israeli soldier allegedly used another man to stow the stolen weapons for him last August before he met Livvix. That man would later put Livvix in touch with the soldier. In the meantime, the soldier made the mistake of selling some stolen weapons to an undercover military officer.

The indictment describes Livvix as "an amateur criminal who didn't make much effort to cover his tracks" according to the Post. Livvix allegedly showed off the weapons to acquaintances who visited his apartment and spoke openly of his "negative feelings towards Arabs." These acquaintances were responsible for tipping off police about Livvix' plans.  The indictments states “his actions show the danger he presents to the public, and also the danger that he will try to interfere with the case.” The Post quotes the indictment as mentioning "the clear and obvious danger posed by an illegal alien in possession of explosives, and that his attempt to flee by police by jumping from his apartment window indicates that he is a flight risk and should be kept in custody." The court has ordered Livvix remanded to custody until his proceedings are concluded and ordered him sent for psychiatric evaluation. Let me guess that evaluation will erase many memories of what his adventure in Israel had really been about.

Being a native of Marshall, Illinois, I know more about this Livvix guy than I care to know. To say he's a bad apple, is an understatement. To think he's a religious zealot motivated to carry out terrorist attacks in the name of his religion is preposterous. We're really entering the Twilight Zone at this point. He was long-rumored to be a drug dealer who once tried to destroy a young man's life and career by attempting to frame him for a drug-related crime with the help of crooked cop. Fortunately, the Clark Co. State's Attorney knew the innocent young man was framed by Livvix, particularly after seeing all of the threatening text messages he had sent to him because he was upset about losing a girlfriend to the innocent young man. Even though the police knew Livvix had conspired to frame this innocent man using drugs he planted in the man's vehicle, nothing happened to him or the dirty cop who conspired with him.

Livvix's late father, Darrell, was a successful businessman. He owned a small manufacturing business, Custom Films, which made plastic products in Marshall, Illinois. Unfortunately, Livvix and his younger brother inherited the business upon their father's death and proceeded to run it into the ground. Attempts by his sisters and long-time dedicated employees of the company to save it from their destruction were flustered when law enforcement repeatedly ignored or dismissed criminal charges that had been brought against Livvix, who was once accused of committing fraud on the state of Illinois to obtain a business-related grant. He and his brother once faced theft charges, in addition to law enforcement's long-time knowledge of his alleged role in drug-related crimes. (See this 2008 story mentioning metal theft charges being dropped against Livvix and his brother and this WTWO-TV story noting other outstanding arrest warrants for Livvix). For whatever reason, there were always powerful people protecting Livvix from prosecution no matter how serious the criminal charges were against him.

It's incredible that someone with his background could have so easily made it past the tight security leash Israeli authorities place on foreigners attempting to enter their country. Too incredible and too convenient to pass my smell test. Livvix obviously presented himself as a useful patsy easily played for bigger purposes. For an even more intriguing mystery, read this 1988 Chicago Tribune story about the murder of Adam's grandmother back in 1981, his grandfather's subsequent conviction for her murder and the unsolved murder of his uncle, all people with whom I was very familiar growing up in Marshall.

UPDATE: Investigative journalist and former NSA analyst Wayne Madsen's quick take on Livvix' arrest: "This looks like some sort of Mossad false flag operation, for which they are infamous."

Check out this photo Livvix used for his Linkedin listing, where he claims to be President of Delta Automated Technologies in Terre Haute, which advertises itself for the "development of software applications for both target acquisition and Global Positioning Satellite interface and data transfer in the retail market." His Linkedin site also claims he's president of Delta Assault Technologies, which touts itself as "specializing in bringing capabilities to the war fighter faster and new product developement on multiple platforms both in retail and military markets." It just couldn't get any crazier. Or could it?

UPDATE II: The Associated Press is reporting that Livvix, through his attorney, is denying the charges laid out in the indictment. An Indiana bounty hunter, Willie Bryant, claims had been tracking Livvix through various Israeli cities but was unable to arrest him because he had no authority to do so abroad.


Livvix’s lawyer, Gal Wolf, said his client was held for eight days without access to a lawyer following his arrest last month, although he said U.S. Embassy officials did see him. Wolf said Livvix underwent “extended interrogations” by Israeli security services and that he is being kept separate from other prisoners.

“He categorically denies the charges in the indictment,” Wolf said. “He says it is nonsense.”

Wolf said he last saw Livvix on Monday and described his mood as “down.” He said that Livvix may have “psychological issues” that need assessing and could come into play during his trial. Israel’s Justice Ministry said Livvix underwent a psychiatric evaluation Tuesday, but Wolf said results had not yet been released.

Wolf said Livvix was living with a fiancee when he was arrested. He did not identify the woman but said she was also an American citizen. He did not know if they arrived to Israel together or met here.

So this bozo couldn't hold up a lemonade stand, but he's graduated from the Midwest to being an anti-Arab explosives expert?

What's the real story? Who sent him there? Who ever wants to go to Israel?

Can't find anything in the Indianapolis news media about this little gem. The Star is talking about who will take Jim Nabors place at the 500 in typical, "hey, look over here" fashion.