One day after the Indiana House of Representatives stripped from a proposed constitutional amendment, HJR-3, a provision outlawing the legal recognition of anything resembling same-sex marriages, it passed the resolution on a 57-40 vote and sent it to the Senate for consideration. Eleven Republicans joined 29 Democrats in opposing the amendment. As proposed, HJR-3 would place in the state's Bill of Rights a provision mirroring Indiana's Defense of Marriage Act, which defines marriage as between one man and one woman. In its amended form, the proposed constitutional amendment could not go to voters for consideration if passed by both legislative bodies until the 2016 general election. A picture of the roll call taken by State Rep. Cherrish Pryor (D-Indianapolis) is shown below. 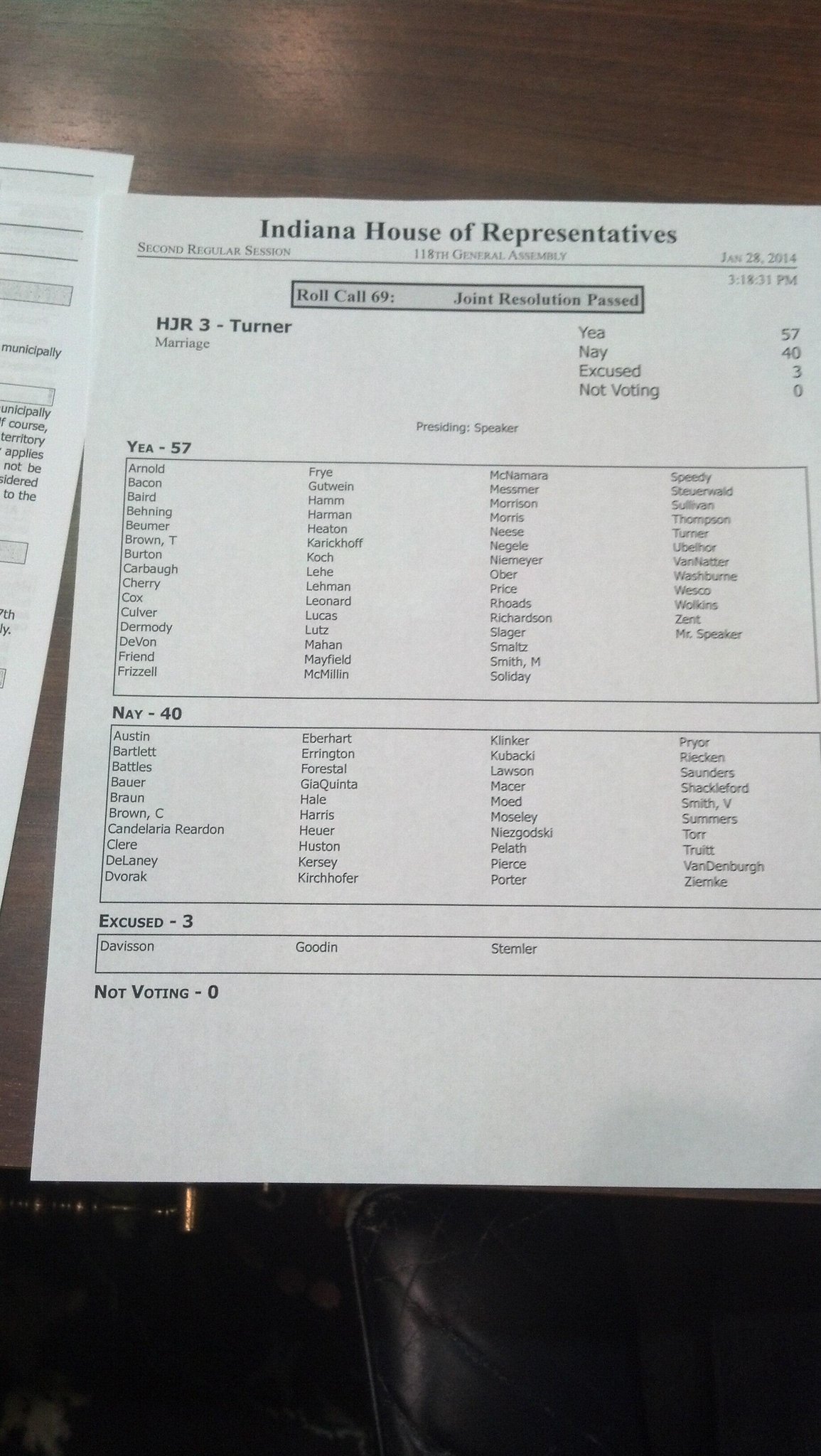