Another Day Of Chemtrail Bombardment 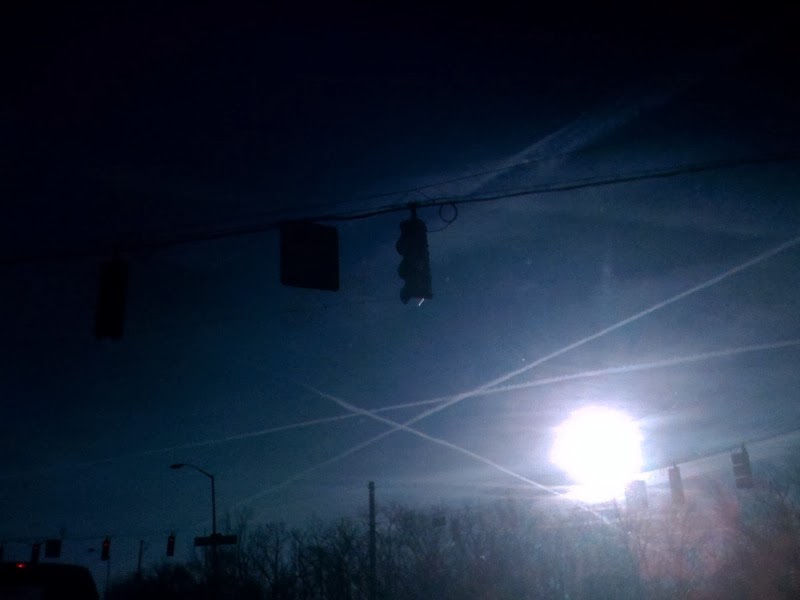 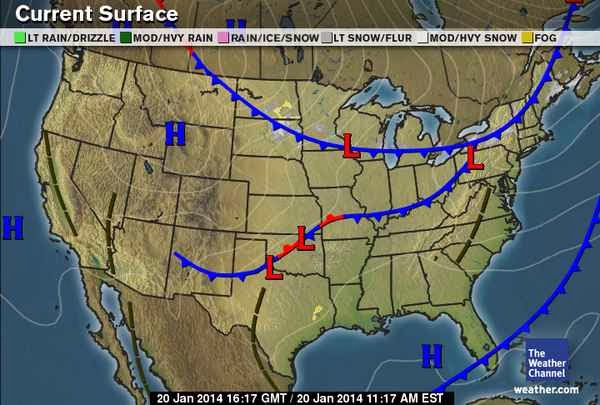 It's like clockwork. Whenever there is an approaching frontal system, the skies over Indianapolis as indicated by the photo at the top taken at 38th and Fall Creek early this morning are bombarded with chemtrails, ionized aerosols which are sprayed from jet aircraft flying about 30 miles above ground level and which contain aluminum and barium oxides, among other forms of ionized metal aerosols. An approaching weather system is predicted to lay down another 1 to 3 inches of snow tonight. The spraying is part of the government's HAARP weather modification program that the lamestream media wants you to believe really doesn't exist. Anyone who goes through life with their eyes open can see the dramatic changes these artificially-created clouds are having on our weather, not to mention human health, as opposed to the CO2 emissions the loony environmentalists want you to believe is causing global warming. God only knows what negative harm this chemical spraying has on the Earth's environment as the toxic metals pollute our soil and water sources and enter our food chain. Upper respiratory afflictions in humans flare up every day this spraying occurs. Wake up, people. Who gave the government a license to play God?

Below is a rare example of a local TV weatherman providing his viewers an honest explanation of describing what a chemtrail is versus normal contrails emitted by jet aircraft.

I've tracked these so-called Chemtrails for at least four or five years now.

It always rains within 48 hours of seeing them in the sky.

I'm not saying I know what they are, but we didn't have them in the skies when i was a kid.

Agreed, Melyssa. When I was a kid, I used to think I wanted to be a weatherman when I grew up. I kept all kinds of notes about the weather and studied the clouds, barometric pressure and wind directions to try to predict the weather. Chemtrails are uniquely different than contrails. They don't dissipate after a few minutes. They linger and expand as the sun heats up the metal particulates contained within them. There are also ground-based microwaves that interact with them to supercharge them and heat them up even more to propagate them to the point they envelope the entire visible sky within the targeted geographic region.

Ever see that video of NEXRAD taking out a tornado?

There was a Rain Making operation called Project/Operation Popeye conducted in SE Asia during the Vietnam War. The purpose was to increase rainfall and inhibit military shipments from North Vietnam on the Ho Chi Mink Trail.

Operation Ranch Hand was another project in South Vietnam, several different chemicals were used as defoliants for crop destruction and to deny the NVA and VC protection from foliage (rain forests).

I was taught in my history books of the late 1950's and early 1960's the Soviet Union was great enemy of the World. Now certain NEO-CONS see Russia as taking the Soviet Unions place. Certainly Stalin ranks high on the list of mass murders. Since his death in 1953, it has been the USA that has caused more deaths around the World than the Soviet Union or Russia, possibly 1,000,000 dead in South East Asia and estimated 500,000 in Iraq.

I recommend the video, "Dr. A. True Ott -Weather or Not" which youtube link was mailed to be by Deborah Tavares of www.StoptheCrime.net.

I just videotaped a huge display of Chemtrails of Indianapolis about Jan 20.

I have hundreds of chemtrail photo's over indianapolis. Hundreds. they have been bombarding us 4 out of 7 days for the most part. My girlfriend thinks I am a complete wacko. I just say, look up and wake up. Everyday that no planes are above, we have a nice blue sky, when the planes start spraying it goes a ghostlt blue/gray. There are times when it completely blocks the sun its so thick.

Today April 5th, 2016 in Indianapolis I looked up in the sky & saw some strange white lines crisscrossing each other. I took a pic with my phone, posted it on FB & my FB friend immediately commented it was a " chem trail". News to me so I googled it & it said exactly what she said. Interesting if nothing else.

Today April 5th, 2016 in Indianapolis I noticed strange white lines in the sky. I had no idea what they were so I posted the pic on FB. My FB friend commented they were called " chem trails" so I googled it & she was right. News to me, but there they were.

I took these pictures in Spencer Indiana on April 5th 2016 (my birthday). We were driving from Elletsville Indiana to Coal City Indiana. http://www.keckfineart.com/pages/chemtrails-what-is-happening-in-our-skies