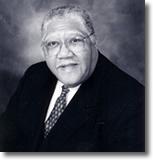 South Bend Common Council President Timothy Rouse writes an opposing view in today's South Bend Tribune in response to the newspaper's editorial in support of a gay rights ordinance so long as it is voluntary. As the African-American minister sees it, there is "no substantial and credible evidence entered into the record that there is GLBT discrimination occurring in South Bend", and "there is no 'compelling governmental interest to remedy discrimination' by creating a special class of individuals who would benefit from special rights." The fact that he could make such a statement reveals more about the disdain he has for gays and lesbians as a group than the tortured logic he offers in support of his conclusion that the council should reject the ordinance.

Rouse first questions, by implication, the integrity of an Indiana Equality poll conducted late last year by the IU Center for Survey Research, which indicated that 79% of Hoosiers favor equal rights for gays and lesbians. Rouse notes that the survey questions were prepared by Ellen Anderson who "has written extensively on various aspects of gay rights and prepared the survey questions." He believes "the survey questions should have been developed by a neutral person so that the survey would not be perceived as being biased in any way." He complains that the poll only surveyed 504 adult residents and "did not provide any information to those polled that current Indiana law does not authorize municipalities to legislate in the GLBT area." There was no reason to include this latter assertion as it is outright false.

Rouse relies on a thoroughly discredited memorandum prepared by a city attorney, Kathy Cekanski-Farran, last December. Her memorandum falsely asserts that local units of government are probibited by the state's civil rights law from adding to the list of groups protected from discrimination, and that "Indiana's Home Rule authority does not enable a city to violate a state law." Cekanski-Farran's memorandum notably ignored an identical ordinance adopted by the state's largest city, Indianapolis, of which no one has publicly questioned its legality more than 6 months after it became law. Despite being assured by leading attorneys more informed on the law than Cekanski-Farran, Rouse and others who oppose the measure based upon their moral disapproval of homosexuality, continue to use this specious legal argument as a red herring.

Instead of enacting an ordinance, Rouse suggests that Mayor Stephen Luecke (D), who supports the human rights ordinance as proposed, execute an executive order addressing GLBT city government employment policies. Of course, such a policy would extend to city employees only, excluding the vast majority of employees who work in South Bend, and it would not address discrimination in other areas, such as housing and public accomodations. Rouse points to a similar executive order issued by Mayor Bart Peterson in 2004, while failing to make mention of the city's human rights ordinance extending protections to the GLBT community. Rouse also complains that the issue has not been studied enough, even though the issue has languished before the council for more than 2 years.

Rouse can hide all he wants behind behind these phony issues. Minister or not, Rouse's words communicate but one message to South Bend's GLBT community: The government should not tell me I can't discriminate against a group I morally disapprove of. Of course, never mind that those same laws already protect Rouse from two forms of discrimination: religion and race. Are those special rights too Mr. Rouse?
Posted by Gary R. Welsh at 8:12 AM

In the eyes of some people, Rouse's church is getting special rights by being tax-exempt. Maybe he'd appreciate the IRS and IDR looking into what he's preaching every Sunday.