Indiana's Hall Of Shame: Oppose Equal Rights For All Americans 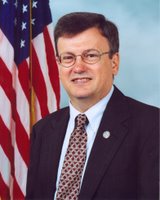 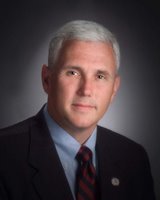 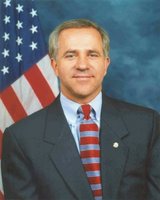 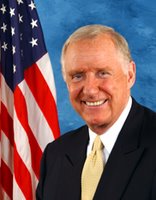 Six Indiana Republican members of Congress cast their vote in favor of a constitutional amendment which would deny the fundamental right to marry to all Americans. Reps. Dan Burton, Steve Buyer, Chris Chocola, Mike Pence, Mike Sodrel and Mark Souder all cast their lot with those who support the imposition of a bigoted, religious viewpoint through the adoption of an amendment to the U.S. Constitution which would deny the recognition of same-sex marriages by states which prohibit them by statute or constitution. Shockingly, Rep. John Hostettler (R) joined Indiana's two Democrat members of Congress, Rep. Julia Carson and Rep. Pete Visclosky, in voting against the amendment.

The amendment's supporters fell far short of the two-thirds vote necessary to approve the measure in the House of Representatives on a 236-187 vote. In all, 27 Republicans voted against the constitutional amendment, while 34 Democrats cast votes in favor of the amendment. " At least one GOP member who had been outed by Blogactive.com because of his past anti-gay voting record, Rep. David Dreier (R-CA), decided to cast a pro-gay vote this time and voted against the amendment.

Be assured that this issue is not over," said House Speaker Dennis Hastert according to the AP. Rep. Mike Pence, argued that the vote was a "successful failure," the AP reports. "We poured a little more concrete in the footings of a building that will be built." Pence said. Pence better take a closer look at that concrete. It's all sand and water, and he and his GOP majority are sinking fast in it. Note that the photos of Chocola and Sodrel are smaller than the others for a reason. Their hopes of winning re-election are fading quickly with the passage of each day.
Posted by Gary R. Welsh at 3:24 PM

I presume Hostetler is on board with an ultra hard-right position that this amendment "doesn't go far enough" to rule out all potential civil union laws, benefits, or rights. (?)

and can someone please 'splain to me how any GLBT in their right (pardon the pun) mind could possibly rationalize voting Republican and keeping these disgusting bigots in office?

A bunch of wealthy, repressed white guys the lot of them.