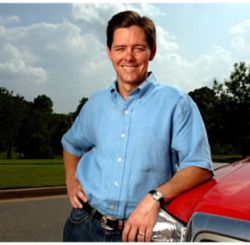 He's been the boy wonder and darling of the Christian right. But tonight the former head of Pat Robertson's Christian Coalition, Ralph Reed, saw his political career go up in flames as he was handily defeated by his opponent in the GOP primary to become Georgia's next Lt. Governor. He lost to a little-known state senator Casey Cagle. Reed was plagued during the campaign by his close ties to disgraced D.C. lobbyist Jack Abramoff. Congressional probes revealed that Abramoff had funneled millions to Reed while advancing the gambling interests of Indian tribes. The AP reports:

In attack ads and televised debates, Cagle hammered away at Reed's connections to Abramoff, and asked whether Reed could face criminal charges for accepting more than $5.3 million from two Indian tribes. Reed has not been charged with a crime and has said repeatedly that he regrets the work he did with Abramoff. Reed said he was vindicated by a two-year Senate probe . . .

Reed's campaign prompted some Democrats to cross party lines Tuesday to keep him off the GOP ticket. Lifelong Democrat Randy New, 52, of Atlanta said he cast a
ballot in a Republican primary for the first time for one reason - to defeat Reed. He added that he sent out an e-mail to friends and business associates this week encouraging them to do the same.

What a freakin' shame.