According to an Indianapolis Public Library audit report, Juanita Hoagland confessed to diverting $482,811 of library funds during years 1982 to 1988 for her personal use. Chief Auditor at that time, Jim Gutting, said Hoagland’s methodologies were “quite a masterpiece” and “very artfully done.” Marion County Prosecutor Stephen Goldsmith said the amount of money missing “could be substantially higher” but there were inadequate records.

The embezzlement had been discovered only by accident. If Juanita had not been out of the office on that specific day, it would not have been uncovered. 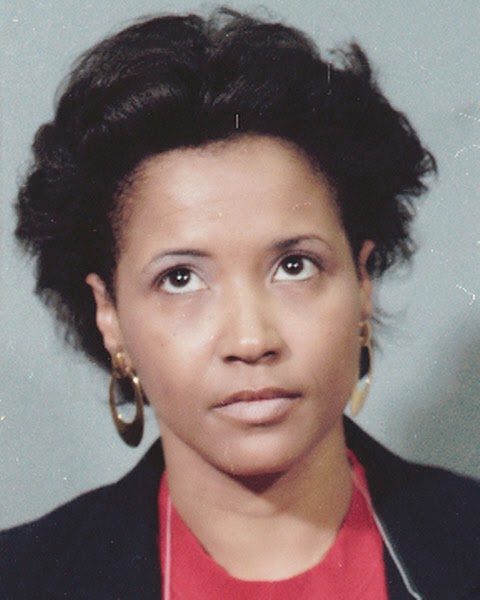 Juanita Hoagland pled guilty to three counts of felony forgery and entered prison on November 11, 1988. Here is a copy of her mug shot.

Hoagland was employed at the library from 1974 until she was fired in 1988; and some believe that the embezzlement was conducted for well over ten years.

I encountered my first embezzler in 1981 when I was helping a client develop a personal and business financial plan. Mary Jane Allen, the owner’s bookkeeper and a family friend, was sentenced to four months’ probation for theft. The business owner was harmed financially and emotionally by the event and he shortly thereafter sold the business.

Here are three embezzler questions:
I’ve been studying long-term embezzlements to find answers to these questions. For my purposes, a long-term embezzler is one that has been conducted for eight years or longer. I was alerted to the library case by a retired State Board of Accounts auditor and it met my research criteria. I’m off to track down the facts and find Juanita Hoagland to see if she will submit to an interview.

A few weeks following Hoagland’s early release from prison, she married a man with the last name of Mimms. Shortly thereafter, she found work as a clerical temporary and then worked at a local insurance company.

She had been working at Indiana University for 16 years when I located her. She was the Coordinator of IU’s Business Diversity program-an important position–making $54,000 per year.

On October 16, 2014, I called her office and identified myself. She denied ever using the name Juanita Hoagland, ever working for the Indianapolis Public Library, and she even denied her date of birth.

On October 19, 2014, I wrote a guest article on the Advance Indiana blog titled “An Old Library Embezzlement Case Just Won’t Fade Away.” The State Board of Accounts was considering discontinuing auditing libraries because of budget constraints and I felt the Hoagland case was an excellent example of why libraries should continue to be audited. Also, it appeared that a $455,991 judgment against Hoagland may not have been settled. In that article I purposefully did not mention Juanita Hoagland’s new last name.

However, I had hoped that this article would encourage others to help me fill in the blanks on the case and, in a larger sense, help me find answers to the questions posed above: What kind of person can go to work each day for many years and steal from his/her employer? How do long-term embezzlers avoid detection? Why do they do it?

Since Hoagland/Mimms would not discuss the issue with me, I had reached out to people that had known her during the day. This included a library retiree who knew Juanita Hoagland and her mother when they worked at the library. Also, I noticed a picture of an old acquaintance on Juanita Mimms LinkedIn page. He held a similar diversity coordinator job at another large employer.

My article also prompted Gary Welsh to comment on the case the next day and for WRTV-6 investigative reporter, Kara Kenney to express an interest. Kara had recently interviewed me regarding budget cuts to the State Board of Accounts.

Kara Kenney asked to interview me about the Hoagland-Mimms case. Kara asks excellent questions and has been fair when she has interviewed me in the past. The interview aired on WRTV6 on October 31, 2014 at the 6:00 PM news.

Based on comments from those that knew her, it appears that Juanita Hoagland was a very detailed, neat and organized person. She was polite, quiet. Although a very attractive young woman, she avoided standing out in a crowd or drawing attention to herself.

When I give talks on long-term embezzlers, I compare them to animals that may hide in plain sight. They do not attract attention to themselves; they do not spend their loot on conspicuous things, are very intelligent, and are well organized.

What may be scary is that female embezzlers are also generally excellent in recognizing weaknesses in individuals and accounting systems. They also are excellent in mimicking normal human emotion.

They don’t do it for the money. The public and private reasons they give us is almost always a lie they have used so often that they start to believe it themselves. I share more of the “why they do it” when I help organizations evaluate their fraud risk, and when I give a lectures on embezzlers.
In the last analysis, we do not know Juanita Lynn Hoagland Mimms.

We know certain facts about her behavior; but, we have not heard her side of the story.  She has been given an opportunity to tell her story to Kara Kenney and to me. The executive in charge of education at the national office of the Association of Certified Fraud Examiners, Mr. John Gill, is interested in video recording her side of the story.
Posted by Gary R. Welsh at 5:04 PM

The head of the Heartland Finance ponzu scheme gets out of jail in a month or two - maybe you can start covering great hoosier financial crimes?

Answer: She is a convicted thief.

Let me get this straight. The woman was convicted, served time, paid partial restitution and entered into an agreement with prosecutors regarding the rest. Is she now required to wear the scarlet letter T? Is she guilty of any current crimes? Seems to me Greg Wright's actions border on harassment. Leave the woman alone. I'm sure she learned her lesson and wants to forget how much she screwed up. Continuing to rub a person's nose in the mess does not help anything.

I'd like to know what black legislator recommended her for that diversity job at IUPUI. They place their people in all these positions so they can get their front companies the mbe/wbe contracts.

Actually 2:38 PM, she skated out of the debt by going through bank-
ruptcy, and reaching an agreement for the majority of the debt to be discharged, although restitution debts are ordinarily completely
non-dischargeable, unless the creditor is asleep at the wheel or unless one files a 7 first and then a separate 13 repayment plan a little later on.

Lacy Johnson typically dictates who gets those jobs. The Johnson-Mays-Odle Troika have the corner on the MBE contracting opportunities in this state.

GOD HAS HER WHO HAS YOU

So no one that is a convicted felon should ever be given a chance to succeed? I think only God can judge a person. She worked her way up the ladder at IU. They didn't hand it to her. You have left out anything that shows her in a positive light. I suppose that is to anchor your claims and get sales for your book.

I honestly have to say I agree. I am for proper protections. But if someone man or woman has served their time and resolved the issue with the authorities, why should she be 'tried' again by the public?

I agree, this seems to be a 'making an example of' situation to push an agenda.
Wrong is wrong, but people are more than something they have done in the past.