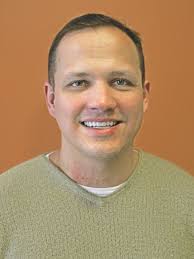 Todd J. Wolfe, the CEO of Fishers-based DECA, a credit collection company now in bankruptcy, faces bank fraud, wire fraud and bankruptcy charges in a federal indictment handed down by the U.S. Attorney's Office for the Southern District of Indiana today. Wolfe's fraud involved the theft of more than $5 million according to Acting U.S. Attorney Josh Minkler, who said Wolfe was taken into custody by federal officials this morning.

Wolfe is accused of filing false financial statements with BMO Harris bank in order to obtain an inflated line of credit from $1 million to $7.5 million, which he allegedly tapped for personal use. Wolfe is accused of using some of the money to make payments on his house, an automobile, personal credit card accounts and a lake house.

In June 2013, Wolfe allegedly sold $1 million worth of stock to an unnamed individual for a 5% stake in DECA, which he failed to provide to the stock purchaser. Wolfe allegedly used some of the money to purchase an Audi automobile for himself. Creditors forced Wolfe into personal bankruptcy earlier this year. The U.S. Attorney claims Wolfe's attorney represented to the bankruptcy court Wolfe had access to a $14 million living trust to help repay creditors. The actual value of the trust was $52,000, a misrepresentation the U.S. Attorney says delayed the appointment of an independent trustee to oversee DECA.

Wolfe could face up to a decade in prison and be liable for significant fines if found guilty of the charges. The U.S. Attorney's Office says the indictments against Wolfe were aided by a joint investigation of the FBI and the U.S. Bankruptcy Trustee.
Posted by Gary R. Welsh at 5:59 PM

I thought this happened under Joe "Career Politician" Hogsett's watch?

he better toughen up real fast in prison, otherwise he will be
abused.

It did...and all of you are career pay to players. Some just have integrity and honesty and nail deadbeats.

Hoeft phoenix financial Cohen Jefferson brewer massilamany biederman wolfe king harmon.so many dots to connect. So many profits off of the loss