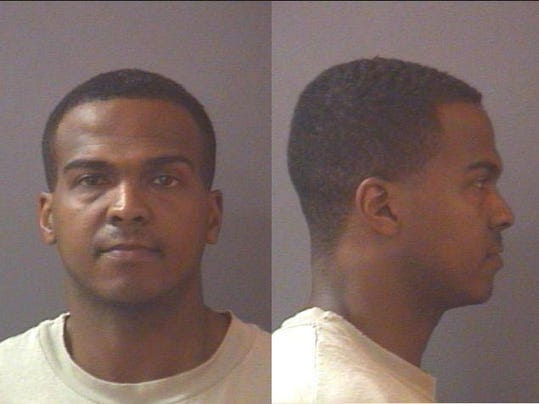 For the eighth time in the past year, an IMPD officer has been arrested on charges of operating a vehicle while intoxicated. Allen Johnson, a 5-year veteran of the police department, was arrested by Fishers police in Hamilton County early this morning while off-duty in his personal car. Johnson has been suspended without pay pending the outcome of an investigation according to the Star. This is Johnson's second arrest for drunk driving. He was previously charged in November, 2012 and later found guilty. He could face a felony charge this time since it is his second arrest within a five-year period.
Posted by Gary R. Welsh at 1:31 PM

I wonder if these types of things are the result of Straubification?

1. High stress levels
2. Bad leadership/Incompetence
3. Insufficient staffing
4. Mismanagement
5. Everyone spying on each other, not trusting each other
6. Cronyism

Although Frank is gone, nothing has improved or even really changed...and his buddy from Baltimore, whose involvement with police was limited to racial advocate instead of police work, is The Chief.

Aren't these things we would expect from someone from NY? I think these things show the results of Straubification.

The frequency of this problem is indicative that the Climate of Command must change.

Obviously the frequency of these matters gives rise to a belief that there is a Problem with Command.

I agree that this is the result of Straubification. There needs to be an immediate Change of Command.

That change is a reflection of who we should have as our Mayor. If a former Military Officer cannot recognize the problem within his Command, he is unfit to retain Command. The voters will have to decide that action.

A lack of leadership and accountability by officers.

It gets old to hear you all blame Straub and Hite for all of this. The police officers have some personal responsibility here and where I expect Hite to step up is address this problem with his troops.

Not being a police officer I don't know if he is doing that but encouraging them to seek help and help each other FIND help is what should be going on. (BTW, when I say "help" I don't mean cover it up or protect them. A drunk driver is a danger to us all)

Time for all the complainers to start pushing for the leadership to get those programs in place. Where is the union in all this? Why aren't THEY helping their officers?? Why no blame there??

Haven't read the Star yet, wonder the if clown serving as the FOP President is going to state again that the DWI of this officer is due to the stress of the job, as he did last time an officer was arrested for DWI, as though stress is an excuse to drive while intoxicated. Well FOP president, is stress the justification for another DWI?

Anon 7:01 I also agree that this problem is the result of Straubification. While the individuals are accountable for their choices, it is obvious that there is a heightened level of stress or hostile work environment that has transformed the police department.

The post about the Climate of Command hit the point home. I can look at the facts see the drastic increase in this problem and suggest that it becomes apparent there is an unusual increase in stress. What cause it? Straubification.