Colts Owner Jim Irsay Had Over $29,000 In Cash Stuffed In Brief Case And Laundry Bag At Time Of OWI Arrest 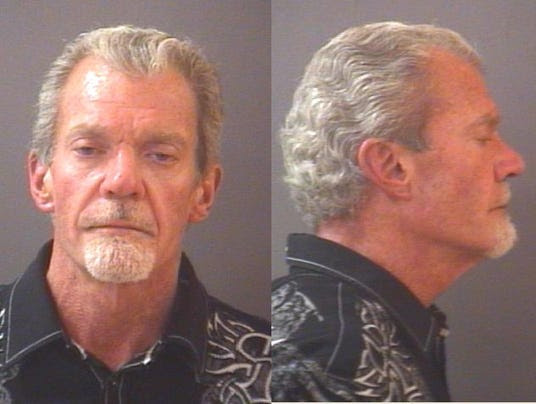 In addition to being drugged and disoriented at the time of his arrest, Colts owner Jim Irsay had more than $29,000 in cash stuffed in a brief case and laundry bag in his automobile according to a Carmel Police Department arrest record obtained by the Indianapolis Star. No wonder he's so popular with our local politicians. The arresting police officer also found prescription drug bottles containing pills in the briefcase and other bags stored in Irsay's vehicle after he stopped him for driving erratically at 11:40 p.m. on March 16, 2014.

When the officer first pulled Irsay over, the report indicates that he told the officer that he had become confused in trying to find his home. His home on 116th Street was 3.5 miles from the scene of his arrest; however, the Star report indicates that Irsay recently acquired a second $1.4 million home in West Clay, which was less than a half-mile from where he was stopped. The police report describes Irsay's speech as "very slow and slurred" and indicated that Irsay "appeared to be disoriented." "I also observed that his eyes were red and watery. He also displayed poor manual dexterity." Irsay failed several field sobriety tests and had difficulty standing according to the report.

There were 11 pieces of evidence identified in the police report as "drugs/prescription." The report didn't distinguish whether that referred to 11 pills or 11 different types of pills. The report also didn't identify the type of pills seized by police. Police charged Irsay with four felony counts for possession of controlled substances, along with driving a vehicle while intoxicated. Police believed Irsay's intoxication was caused by drugs and not alcohol, although Irsay refused to voluntarily submit to a blood alcohol test. Results of a portable breathalyzer test were redacted from the police report according to the Star. Irsay declined to answer police questions after being transported to the Hamilton County jail without the presence of his attorney.

The Hamilton Co. Prosecutor's Office, which has yet to file any formal criminal charges against Irsay, agreed to postpone his initial hearing this week. Irsay has voluntarily admitted himself to an out-of-state rehab center for treatment of his drug addiction. More than a decade ago, news reports uncovered the fact that Irsay had been hospitalized at least three times for drug overdoses. Despite evidence that Irsay had engaged in prescription drug fraud to obtain controlled substances, local law enforcement authorities agreed not to pursue criminal charges against him after the downtown mafia expressed concern that he might lose ownership of the Colts if he faced felony drug charges.
Posted by Gary R. Welsh at 10:41 PM

I guess when you're a billionaire, $29K of cash is just walking around money.

So he's going to have to step down as owner of the Colts, but the Prosecutor is waiting until the Irsays and the NFL have approved a succession plan?

That's the kind of "justice" only the rich get.

My guess is that the ownership won't change; they will just give the appearance that control will transfer to the daughter, who will become the owner's representative at all NFL meetings. Irsay's interest will be just a passive ownership.

Time to round them all up and hold everyone accountable in this town.

Whether or not you agree with his not being charged in the Nora Apothecary mess, it's very clear he has a serious addiction to prescription medications. And its true his wealth and connections offer him options the common man wouldn't have, but is that Irsay's fault? And let's not forget former Mayor Peterson crafted the raw deal for the taxpayers. Did he make a bad decision to drive that evening? Absolutely.