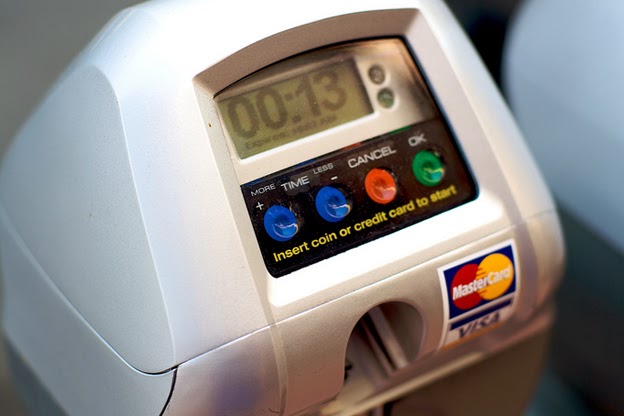 Indianapolis officials were recently gloating that its privatization agreement for the city's parking meter assets netted the City $3 million in the most recent year. The City of Bloomington, which has a population less than one-tenth the size of Indianapolis, installed electronic parking meters in its downtown area last year to generate revenues to pay for sidewalk and street improvements. In its first six months of operation, the city-owned parking meters netted the City $1 million. Bloomington parking meter rates are $1 an hour compared to $1.50 an hour in downtown Indianapolis and Broad Ripple. If that rate of revenue generation persists, Bloomington will net about $2 million annually. If Indianapolis had simply installed its own electronic meters and not entered into the 50-year lease of the parking meter assets with ParkIndy, the City would be generating more than $6 million annually. The amount of revenues the City will give away to the private vendor over the life of the 50-year lease is staggering, but it's making a lot of money for the pay-to-play vendors and that's all that seems to matter with this administration.
Posted by Gary R. Welsh at 7:42 AM

Gary, from the get-go you've been 100% spot on regarding this ACS parking meter travesty against the citizens but for the crony pay-to-play interests. It always made more sense for the City to make the changes on its own and realize a far greater income than what it gave away to ACS. For whatever it's worth, I have reduced my trips downtown and shop in the burbs (free parking) and on the fewer times I do drive in to shop and spend I am lucky to have a working knowledge of the non-pay, free curbside parking areas.

Is ACS the same ACS for the DCS/FSSA/IBM contract as well?

That explains so very, very, very much for this State and it's constituents that we elected that should also be held accountable for deals and corruptions...Grand Jury...? I remember how Mitch Daniels claimed he cancelled the IBM deal..fact is I believe in '09 the Fed. Gov. investigated and held them accountable and advised it be stayed/held/cancelled. I get sick of hearing how Mitch says he cancelled it...So ...dig deeper with this deal...Like you haven't??? Collusion is evident...