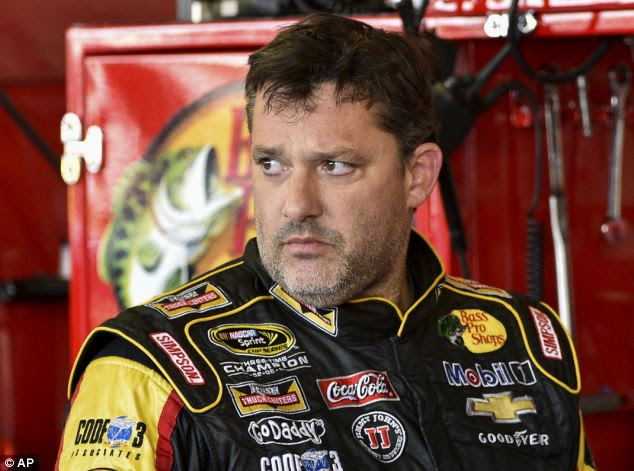 The Daily Messenger in Canandaigua, New York is reporting that a grand jury began hearing evidence this week regarding the death of  sprint car racer Kevin Ward, Jr. after a car driven by NASCAR's Tony Stewart collided with him on the track after Ward exited his vehicle and ran towards Stewart's car following a collision with Stewart's car. A local driver in that fateful race, Chuck Hebing, confirmed that he had provided testimony to the grand jury. Hebing's car passed Ward on the track just seconds before Stewart's car collided with Ward. Hebing declined a request to discuss his testimony.

The Daily Messenger also confirmed from Kinney's Kar-Kare in Oneida that another driver in the August 9 race, Paul Kinney, was unavailable because he was testifying in front of the grand jury. Kinney told NBC News last month that driver visibility as some media reports were claiming did not contribute to the collision. "I drove right by him," Kinney told NBC News in a phone interview Monday. "He looked a little bit angry. I didn’t think much of it. A lot of drivers do that." Kinney conceded that it wasn't a good idea for Ward to get out of his car and run onto the track towards other cars as they passed by as a lot of drivers do when they are upset about an on-track crash. "People get a little carried away. I actually got a little bit angry at a fellow racer last year," he said. "You don’t really think when you get out of the car. You just want to let ’em know what you’re thinking." "But nobody can speak for Tony," Kinney said. "Only Tony knows exactly what happened." He added, "I seen Kevin clear as day. Nobody else ran into him, either."

The grand jury proceedings are expected to conclude this week. The Daily Messenger report does not mention whether Stewart will testify before the grand jury. Stewart's spokesman, Mike Arning, declined to answer any questions, referring the reporter to statements Stewart made earlier when it was announced a grand jury would hear evidence in the case. A key piece of evidence may be a second video that authorities obtained showing a different angle than the video of the collision that went viral on the Internet, which was inconclusive.
Posted by Gary R. Welsh at 6:21 AM

What relevant testimony can these two drivers possibly offer?