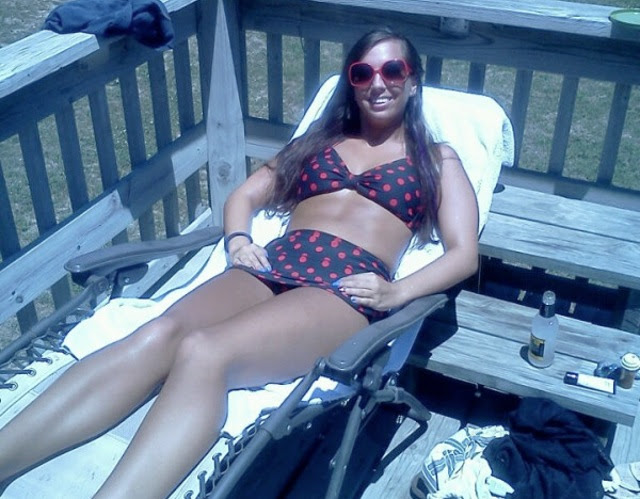 Apparently disgraced former U.S. Rep. Anthony Weiner's latest sexting partner has ties to Indiana. Her name is Sydney Leathers and she blogs for Indiana Progressive Liberals according to the Daily Mail. The 23-year old Leathers worked as a field organizer for Obama's presidential campaign. Weiner is listed third on her list of political heroes behind Obama and Bill Maher. Buzzfeed first identified Leathers as Weiner's sexting partner. Formerly from Illinois, she now resides in Indiana. Weiner, who is now running for New York Mayor, reportedly offered to move Leathers to Chicago or New York where they could be closer. Weiner shared nude photos of himself with Leathers after resigning his seat in Congress and apologizing to his wife, former Clinton aide, Huma Abedin, who says she plans to continue sticking by her man despite the continued flaunting by him of his adulterous relationships.
Posted by Gary R. Welsh at 10:16 AM

I loves me them turtles and whores.

I wonder where the money for this campaign is coming from??? Politicians have been having sexual with relations outside of their marriage is no surprise.

The degree to which it can be flaunted is astounding, and you can still be considered a viable candidate and some cases be elected.

He might be a liberal solely because it's easy to get laid on that side of the political fence.

Until you conduct a thorough psychoanalysis, you never know what motivations, including contradictory motivations, are sexually driven.

The people that voting for a character like Weiner after all of his sexual proclivities and all of the stunts he has been involved in are obviously mentally ill. Michael Savage does have it right in this calling Liberalism a mental disorder.

I am one of the admins for Indiana Progressive Liberals and this person, Ms. Leathers, has nothing to do with our page or our blog. This was published in The Daily Mail and it is blatant misinformation. I have never heard of Sydney Leathers. Thank you.

I am the creator and administrator of Indiana Progressive Liberals and I can assure you that she doesn't blog for us, she's not an administrator of our facebook page either. I'm not sure how this information got started but it's not true. We don't know Miss Leather.

I doubt if Wiener would be any worse a character or a mayor than is Bloomberg or Emanuel or Filner. America would be better off if the media would spent the immense amount of time covering Wiener, and instead focus on the chronicles that Kurt Eichenwald has put together in his book, 500 DAYS, about the harrowing decisions, deceptions, and delusions of the 18 months that changed the world forever. It is so very very sad that still there has not been one state prosecuting attorney that has been willing to challenge the 9/11 Commission Report, and prosecute the true perpetrators of those murders that were committed then.