Lucas Eitel On Fire For The Sycamores 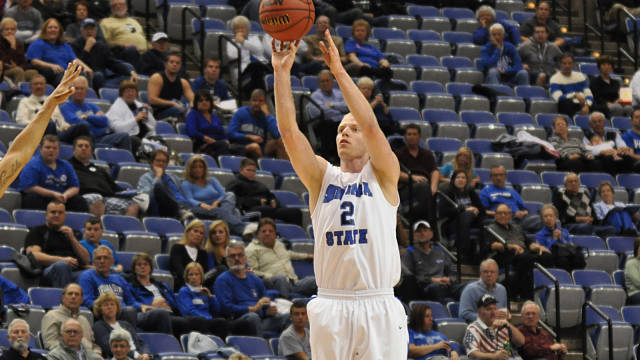 I have to do a little bragging about my nephew Lucas Eitel. He got his first opportunity in the starting line-up of the ISU Sycamores and did quite well in the team's 76-62 win over High Point. His shooting game was perfect as he nailed seven 3-point shots and achieved his career game high of 25 points. His seven, consecutive 3-pointers tied a school record. "I can't say enough about Lucas Eitel, because he deserves it," Coach Greg Lansing said. "Not just because he was knocking down shots--he was defending too. That is why he go the nod. This is a good win over a high quality opponent." The video below has the game highlights.