Advance America's Americanization Agenda: A Page Out Of The KKK's Playbook 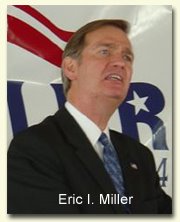 Advance Indiana has been criticized by some for comparing Eric Miller and his Advance America organization to D.C. Stephenson and the Ku Klux Klan. But the striking similarity between the legislative agendas sought by the two groups and their leaders in two different eras separated by more than 80 years is unmistakable. Advance America’s and Eric Miller’s push for anti-immigrant legislation in the current session is just the latest example.

In a recent communication to his supporters, Miller commented on two separate anti- immigrant-related bills pending before the legislature which we told you about last week. Letting his views be made clear, Miller articulated the position of the organization on two bills dealing with immigrants:


Advance America believes that individuals who are in Indiana illegally should not be given the same privileges and rights and assistance as citizens of Indiana as well as those who are here lawfully . . . House Bill 1310 which would have given illegal immigrants driver’s licenses died in the committee on a 6-6 vote. I spoke against the bill and pointed out that we should not be rewarding illegal activity. Nobody forced these individuals to come here illegally. Driving is a privilege, not a right . . . I spoke in favor of Representative Eric Turner’s bill, House Bill 1383. This bill is designed to prohibit government assistance (government assistance is of course paid for by the tax payers of Indiana!) from going to illegal immigrants. Advance America believes that individuals who are not here legally should not receive taxpayer money in the form of public assistance.

Reading between the lines, it isn’t much of a reach to conclude that Miller’s support of anti-immigrant legislation is targeted at Indiana’s rapidly growing Hispanic population, many of whom have entered the country through Mexico without inspection in search of jobs and a better way of life, no different than any other immigrant group throughout the course of our nation’s history. Essentially, the legislation supported by Miller puts the State of Indiana in the business of immigrant enforcement, a power secured solely to the federal government by the U.S. Constitution.

One of the bill’s most controversial provisions, which would have barred public schools from enrolling the children of illegal aliens, was removed from the bill to assuage its critics. In opposing HB 1310, Miller takes the position that even legal non-immigrants, who the new federal Real ID law says must be offered driver’s license, cannot be issued a driver’s license in Indiana without a social security number.

While Miller’s bill seeks to penalize the tens of thousands of undocumented persons living and working in Indiana, it offers no penalties to the businesses in Indiana which employ them illegally. Perhaps that is because some of his supporters, including several prominent business owners, employ non-documented workers from time to time.

To many of the people he seeks to punish with his legislation, our federal government has at least tacitly approved of their presence here. U.S. Border Patrol does little to prevent their undocumented entry into the country, and immigration enforcement officials rarely punish employers who provide them jobs. Even the IRS issues them tax identification numbers so they can open bank accounts up at federally regulated banks, which welcome their business, and pay taxes on their earnings.

So how can Miller’s position be likened to the KKK? Well, in the 1920s the KKK under the leadership of D.C. Stephenson had its own legislative agenda, which it called the “Americanization” agenda. At the time Indiana was experiencing a large influx of European immigrants, many of whom were Catholic. To make Indiana inhospitable to Catholics, the KKK pursued legislation centered on the American flag, the Bible and the federal and state constitutions. Sound a little familiar? As the issues were put before the legislature by the Klan one by one, one of the chief spokesmen said: “The politicians are either for it or against it; there is no middle ground.”

Displaying the flag in public schools, mandatory instruction in the Bible, and anti-Catholicism were to become part of our public schools’ curriculum. Teachers were to be barred from wearing religious garb in the public classroom, a move intended to prevent nuns from teaching in public schools. Because the Catholic immigrants were setting up their own private parochial schools, they too became a target. Legislation was sought to mandate that private schools use the same textbooks as the public schools. Also, any graduate of a private school would be barred from teaching in a public school. Conveniently, the bill exempted the all white protestant Culver Military Academy. One pro-Klan legislator even sought to outlaw parochial schools altogether.

Last year, Miller and his organization successfully enacted into law a measure we dubbed the “Eric Miller Patriot Act.” As a way of promoting patriotism in our schools, that law requires all public classrooms to display the American flag and to provide a daily opportunity for students to participate in the recitation of the Pledge of Allegiance to the flag. Public schools are also required to provide a daily moment of silence in each classroom to allow the students to pray, meditate or engage in any other silent activity while all the students are either standing or sitting.

Don’t forget the controversy over House Speaker Brian Bosma’s allowing overtly Christian prayers to be offered at the start of each day’s legislative business to the exclusion of other religions. Although that practice has been ruled as an unconstitutional establishment of religion by U.S. federal district Judge David Hamilton, Miller’s group has been at the forefront in pushing efforts to challenge the legal ruling. In his most recent communication to supporters, Miller spoke in support of two separate resolutions in the House and Senate which support Bosma’s appeal of the ruling. Miller falsely asserts that Hamilton’s opinion “banned prayers at the Indiana House of Representatives.” He promises, “We will let you know which Representatives refuse to support prayer in the House of Representatives.”

Lest we also forget the leading role Miller and his organization took in efforts to block passage of Indianapolis' Human Rights Ordinance, which bar discrimination of gays, lesbians and transgender persons in housing and employment. He warned his supporters, if the HRO becomes law, businesses will no longer be able to deny employment to a person because of their sexual orientation. He said, "It will force these businesses to treat homosexual couples the same as a married couple involving a man and a woman . . . [and] would be granting legal recognition to the homosexual lifestyle . . . another step in moving toward homosexual marriages."

And last but not least, don't forget that the leaders of both organizations both set their sights on the Governor's office. Stephenson's political aspirations died with the death of a State House secretary, who Stephenson was convicted of murdering because she was carrying his child conceived out of wedlock. Miller ran unsuccessfully against Gov. Daniels in the 2004 Republican primary, but he probably hasn't given up on his quest. He frequently takes issue with the administration over such issues as gay rights and, most recently, the Department of Health's exemption of abortion clinics from more stringent state regulation. He also still maintains his campaign committee.

Now, after reading all of the foregoing evidence, Advance Indiana would challenge anyone to explain how Advance America’s agenda differs from that of the KKK's in the 1920s. You simply can’t deny it.
Posted by Gary R. Welsh at 4:23 PM

Again they attempt to divide and conquer the voters! A add amendments to a bill giving a little here this a little here for that but doing nothing to really fix the major problem of the unfair property taxes. Just completely doing away with property the property taxes or allowing a vote by the citizens.

Every citizen knows that taxes are needed, most just want a fair way to collect them. Only sales tax allows for that. A citizen who has a home uses no more or less then in government services they one who does not have one.

Citizens who have a home help the economy they hire a builder, painter, repairman, landscapers, and invest more then most who do not have a home.
The home is their investment so they want the neighborhood to remain clean and look good. Same with a landlord the property is an investment too.
Still anyone that has a home pays a tax every year others do not pay. Why?
We all drive on the roads, call the police, fire department and use the same services. Citizens with homes pay gas, water, sewage, and light bills. They purchase the materials to build the home, pay to construct the home, yet we feel it should still be taxed and if the taxes are not paid it should be taken away from them.

No homes, there be no jobs! If citizens did not bust their butts working to be able to buy a home our economy would not run. Only the ones who desire to own a home feed the economy that why our economy is down. Many are saying why bust my butt to try an buy a home only to have it taken away when I cannot afford to keep paying the taxes. The dream of having a home built America, hence the term homestead. The citizens wanted to own a home. Under our current tax system that dream has been ended. Until we allow real owner ship the economy will never fully recover.

We are serfs we have toiled on the land we do not own and the government we have allowed to tax us to death has destroyed the dream of ownership.
Until we remove the yoke of property taxes from around the neck of the citizens our economy will hand until dead.

Our government knows this at all levels and every dollar taken in taxes removes one dollar from our economy for citizens to spend. The ones with homes are forced to pay taxes that removes their ability to pay the repairman, buy a washer, hire the kid to cut the grass and our economy fails more.
Sales taxes keep the money in the economy and allow the citizens to control how much they want to give to the government to run on. There would be no need for the government to give back the money they should not have taken.


What we see now at state and local levels is the unfair distribution of tax funds in a way designed to buy votes. It will not be given out to the workers who paid it and the ones who pay for all the government gets in funds. It will go the ones who expect entitlements and will vote for the ones you give them to them.!

Stop fighting the other workers who pay taxes and be glad some still attempt to have a home. If the remaining workers join together they may just be able to over come the ones who sell their vote for entitlements.

Register and vote or be part of the problem. I would like to live and not be a serf taxed and tossed off the land so the government and banks can award it to help buy votes by having it to give at a tax sale as an entitlement.