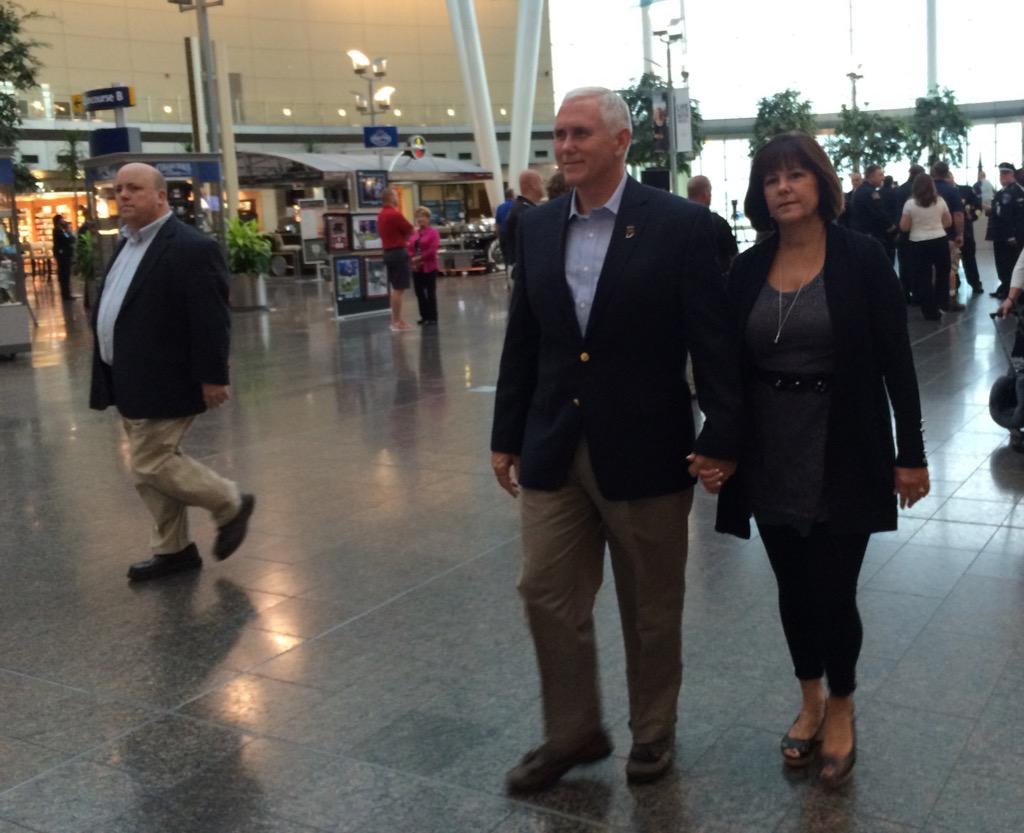 Gov. Mike Pence loved taking foreign junkets when he was a member of Congress, and he's kept pace with his globe-trotting ways as a congressman since he became Indiana's governor. He and his wife, Karen, left today on his second trip to Japan since becoming governor. A delegation of 35 people will accompany him on the trip, many of whom purchased their seats on the trip with big donation's to the IEDC's foundation so they can rub shoulders and talk shop with him out of the media's eyes while the first couple enjoys free accommodations at 5-star restaurants and hotels during their travels. Those granted the privilege of joining Gov. Pence on the trip to Japan including the following:

Why is someone from the First Lady's Office going on this trip?

Abc the big question is whether ratepayers are picking up the tab for this influence peddling being done by the utilities?

Didn't Mitchie the Kid take these kind of trips too???

Anon 6:45 makes the excellent point... in essence, there is absolutely no reason for these junkets to Japan. Japan, like the US, is a nation which is basically bankrupt. Japan is in negative birthrate replacement and the number of producers who much support the non-producers (retirees or those in "social nets") is shrinking, the young have nowhere near the work ethic of their ancestors. In essence, Japan is a nation in serious decline.

These junkets, whether Pence or the uber-corrupt Ballard, have zero to do with "creating jobs" [which only "business" can do] and everything to do with crony connections and sychophants' entres to opportunities.

This Republican has come to agree that "Pence Must Go"... and not to Japan, but to permanent political retirement. Pence proves the Peter Principle daily.

Watch very carefully how many new jobs for Indiana come out of this trip. Companies based in Japan employ a significant number of Hoosiers. These relationships need to be nurtured in order to maintain and expand these jobs. I believe you will see real results from this trip--just watch closely.

The Chamber's mission has been lost to statism; lobby folded into the lipid layers of morbidly proportioned, blubber-mint. "Economic development" agencies within the state are extraneous / unConstitutional versions of what's supposed to be the Chamber; another statist deception that government can be something it's not.

Legitimate, Constitutionally attempted / reconciled government would require no pretense of bureaucrat to bureaucrat "marketing." The private / productive sector would get the word out efficiently in real time & the free market would respond in like kind. This stuff's only or unnaturally "hard," when bureaucrats attempt to prop up inner circle / limited circulation / club fed, statism.

"Why is someone from the First Lady's Office going on this trip?"

Why on earth does any First Lady (or First Man) need with an "office" and its corresponding entourage whether her/his last name is Obama, Pence, or Clinton??

Anon 5:26, what a steaming hot load you are serving up buddy. Hoosiers are STILL watching from the corrupt Daniels, to the uber-corrupt Ballad, to the dunderheaded Pence world tours... all these junkets are fool's gold errands. Meaningful, gainful employment rarely comes from these trips to Asia or Europe.

But they sure do bring us crap like Vision Fleet, rent a bikes, and Blue Indy. The billionaire corporatists on the other side of the globe know the key ingredient to these types of deals is to find a corrupt politician like Greg Ballard they can buy and buy completely.

Excuse me 5:26 if I laugh my rear end off at your "wait for it.... wait for it... wait for it..." belief system. Jesus Christ's Second Coming will occur before any meaningful, long-term, gainful employment comes from Pence's latest junket to the failing and falling Red Sun Nation.