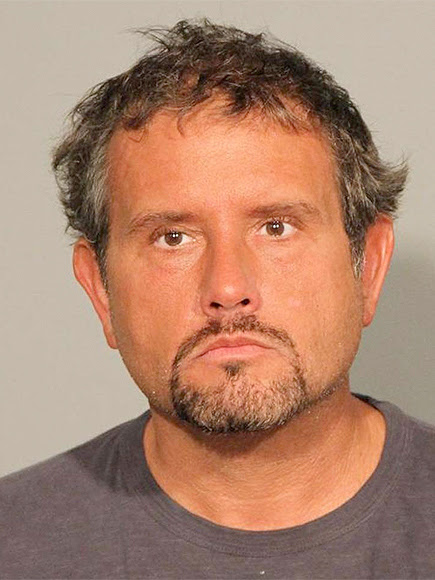 The man former Subway spokesman Jared Fogle hired to run his Jared Foundation, a nonprofit organization he formed to help combat childhood obesity, has entered into a plea agreement with federal prosecutors under which he admits to 12 counts of child exploitation and one count of distributing child pornography. The crimes to which Russell Taylor had copped a plea carry a prison sentence of between 15 and 35 years. Under the terms of the plea agreement, Russell cannot ask for a sentence of fewer than 15 years. The plea agreement also helps explain how law enforcement was aided by Russell in bringing charges against Fogle. A press release from the U.S. Attorney's Office describes Russell's crimes:


According to the facts Taylor admitted in the written plea agreement filed today, on multiple occasions between March 2011 and April 2015, he used multiple hidden cameras in his residences to produce child pornography involving 12 minors. He knew that the victims in these images or videos were under the age of 18 years. He also knew their identities.

Taylor and his friend Jared Fogle discussed among themselves the fact that Taylor was secretly producing sexually explicit videos of minors in Taylor’s current and former residence. Fogle chose to benefit from such production by obtaining access to a significant amount of such material over the time period. However, Fogle did not produce any of this material himself.

None of the minors in the videos were aware that they were being filmed. Rather, Taylor produced the videos using multiple hidden cameras set up in his residences and oriented to show them nude, changing clothes, or engaged in other activities.

Taylor also obtained from the Internet and provided Fogle with child pornography he downloaded from Internet sources which may be classified as commercial material produced by other persons. The unidentified victims in these commercial images and videos were as young as approximately six years of age.

During the investigation, Taylor admitted that child pornography was recovered during a search of his residence, where it was found in computer equipment, storage devices, cameras and other media analyzed by the Cybercrime Section of the Indiana State Police.  This included the material involving child victims 1 through 12 as well as the commercial child pornography.

All of the images and videos included a lascivious exhibition of the genitals or pubic area of the relevant minor victim, while some material also included other sexually explicit conduct depending upon the minor involved.

On multiple occasions, Taylor provided Fogle with access to the images or videos by sharing them on a computer that Taylor owned. They frequently travel together for business trips. Taylor and Fogle were close friends. Taylor also provided Fogle with some images and videos through text messages and a thumb drive.

It's not like candidate take on child exploitation Hogsett will do anything about what he and council know about a certain councilor.

Yeah, I wonder how they contained the damage to just Jared and his friend here?