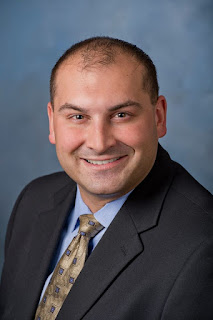 An Indianapolis criminal defense lawyer and former Lawrence Township Small Claims Court judge, Clark Rehme, has been arrested for sexual misconduct with female inmates he had been assigned to represent as a public defender. The arrest took place this morning at the Shelby County Jail after a female inmate told officials that Rehme had asked her to expose her breasts before exposing himself and having her to perform oral sex on him during a jail visit. Another female inmate represented by Rehme had made similar complaints about him.

According to a probable cause affidavit obtained by WRTV, police got the two women's consent to monitor and record conversations Rehme had with them when he visited them at the jail this morning. The probable cause affidavit says Rehme quickly changed the topic to sex after discussing a bail hearing with one of the women. Rehme asked the woman to raise her shirt before exposing himself and asking her to move closer to him. That's when police officers entered the room and placed Rehme under arrest. He faces three charges of felony sexual misconduct and one count of official misconduct, also a felony.

Rehme is currently a practicing attorney at the law firm of Brown Tompkins Lory & Mastrian. Rehme, a Republican, was appointed to fill the unexpired term of former Lawrence Township Small Claims Court Judge James Joven following his election to the Marion Superior Court. He lost the November 2014 election to Kimberly Bacon. Rehme is a member of the Marion Co. Animal Care & Control Board and vice president of the state's Indiana Home Inspector Licensing Board.

UPDATED: The Indiana Lawyer posted a copy of the probable cause affidavit and charging information, which you can access by clicking here. The Indiana Lawyer says Rehme joined the law firm of Mark Sullivan & Associates in January, although the website for Brown Tompkins Lory & Mastrian still lists him as an attorney with their firm.

UPDATED II: Several days later, Rehme's name has been removed from Brown Tompkins' website. One of the firm's principals, John Tompkins, is representing Rehme in his criminal case.
Posted by Gary R. Welsh at 7:28 PM

Another sexually-depraved Kyle Walker crony, which seems to be all that makes up the Marion Co. Republican Party these days.

Rather disappointed in the revelation, but nothing surprises me anymore. FWIW, Clark Rheme was also a staffer in Congressman Dan Burton's office in both DC and Indy.

Wasn't he a Tim Durham groupie as well?

When will grass roots Marion County Republicans get a spine and clear out the rot in the local GOP from our moronic puppet County Chair Kyle Walker (and his wife Jen Hallowell Walker), to every Township Chair (including the pretender in Center), and all the ghost PCs who represent no one except the crony, connected insider interests and the corrupt attorneys who run them?

I will never vote for any "R" who is part of this criminal GOP, especially Chuck Brewer.

it will take Witte at least 3 years before Witte
files anything.

At least the voters last November made the right
choice in getting rid of this clown.

9:16 - here's the problem - the appointed "mummy dummies" outnumber the elected PC's. Mostly due to general apathy towards the process. In Center Twp there's no GOP votes in many of the precincts. Only way to "clear out the tot" as you put it would be a change in rules that only elected PCs would have a vote. That ain't happening.

who is center township gop chairman?

If it was bill Clinton you would praise him, defend him and vote him back in office. Or Marion berry, etc etc etc.... Hypocrisy

This would be the guy and gal who saved themselves and their iddur from Obamacare (attorneys and members of Congress do not have to abide by the laws we peons must sludge under- ask Greg Garrison).

Wait...do u mean ALL attorneys or just Congressional employees who happeb to be attorneys. Last I heard, I wasn't somehow exempted from Obamacare, so if u have a citation to point to, please post it!

He should have waited till they got out of jail.

Although, I remember about 20-25 years ago a IVD Commissioner in Marion County who did legal work on the side and would meet his female clients after hours in his Commissioners office in the basement of the City County Building. He took his fees in kind and one client agreed to wear a wire to one of those meetings. The guy was busted and was never heard from again. His first name was Brian.

Anon 9:54, The Shelby Co. Prosecutor told the media he had already referred the matter to the disciplinary commission for investigation. Regardless of whether there is any criminal liability, Indiana's rules of professional conduct are very clear that an attorney may not begin a sexual relationship with a client during the course of the representation. If the relationship with these clients started before the representation commenced, he would be okay on that particular rule violation, although there are other rules he may have potentially broken. Some states like Ohio have a more expansive rule that covers any sexual relationship between attorney and client regardless of the timing of when it commenced. The disciplinary commission is not required to hold its case in abeyance while the criminal case plays out in this particular case since a rule violation could be found even if the criminal case were to later be dismissed or result in an acquittal. It really depends on how serious the commission views the potential rules violation. In a case like this, it's conceivable they might seek a temporary order while the criminal case plays out.

Look at the case of Logansport Attorney James T. Knight. In Oct. 2012,
Knight was charged with felony criminal confinement and misdemeanor
battery by Cass County Prosecutor/or maybe a Special Prosecutor.

Witte then waited another 4 months until Oct. 2014 to
initiate the slam dunk disciplinary case. Supreme Court's
opinion was on June 5, 2015 - public reprimand.

That Knight precedent was the basis for my 3 years opinion before
Witte does anything. OK, so maybe it will only him maybe 2 years?

Is it any wonder that the general public holds attorneys in such low
regard when somebody such as Witte is at the helm of an important
agency? If there's a good video of Rehme, there shouldn't be that much
to investigate.

I've got a better one, anon. 5:19. Fort Wayne attorney James Hanson was charged with felony intimidation after he posted the following Facebook message threatening the ex-husband of his client:
"You pissed off the wrong attorney. You want to beat up women and then play games with the legal system… well then you will get exactly what you deserve. After I get Nachole out of jail. I’m going to gather all the relevant evidence and them I’m going to anal rape you so hard your teeth come loose. I tried working with you with respect. Now I’m going to treat you like the pond scum you are. Watch your ass you little (expletive). I’ve got you in my sights now.”
The Allen Co. Prosecutor later agreed to dismiss the felony charge if Hanson satisfied the terms of pre-trial diversion. Witte never filed any charges against Hanson. Yet he had the entire staff of the disciplinary office working to disbar Paul Ogden from the practice of law for a truthful comment he made about a judge who wasn't doing his job in a private e-mail. The Indiana Supreme Court has let the entire legal profession down in this state by failing to get a handle on the disciplinary commission to ensure that justice is meted out fairly. It clearly is not. There are some who get favored treatment like the prominent criminal defense attorney, Jennifer Lukemeyer, which Advance Indiana and other media reported was caught arranging the payment of a bribe to a prosecutor, which resulted in the prosecutor pleading guilty to bribery and losing his law license. But nothing was ever done to Ms. Lukemeyer. Why? Is it because she works for Jim Voyles, whose law firm is untouchable? I had hoped that Loretta Rush would shake things up, but she has greatly disappointed many attorneys in this state who think a big shake up at the DC is long overdue.

Anon 6:25, your remarks are right on the money. Thanks.

Not sure what it is about these guys, Melyssa, but that seems to be a common thing among the people who do well in the local Republican Party.

After we met, he would frequently message me on FB to meet for drinks. I told him sure thing as long as his wife came along! That shut him down.

Very brazen of him to do this in the facility as a public defender. Geez. I'd love to hear the audio from those meetings.