Daniels Rewarded With Another High-Paid Corporate Board Position 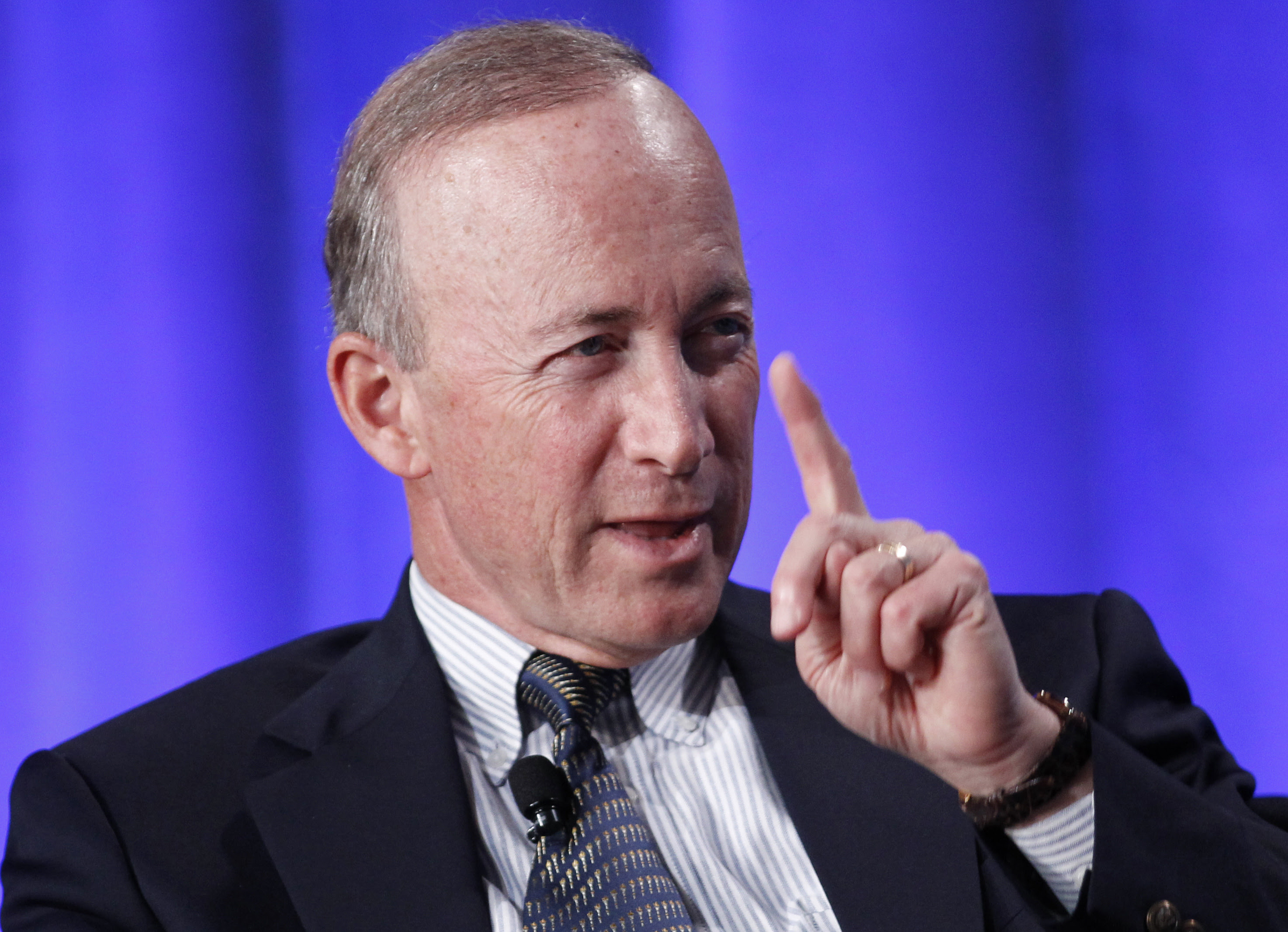 To read the Gannett-owned Indianapolis Star's announcement that Mitch Daniels is joining the board of another corporation that has received large payouts courtesy of Indiana taxpayers it's just another form of public service. The former governor and Purdue president is joining the board of Interactive Intelligence, which pays its board members an average annual compensation of $187,200 to attend a handful of board meetings during the year, many times what the average Hoosier worker earns in a year from their full-time jobs. The $600,000 in base salary Daniels earns as Purdue's president just isn't enough to pay the bills.

According to the Indiana Economic Development Corporation's website, Interactive Intelligence was the beneficiary of more than $16.6 million in EDGE tax credits and $500,000 in training grant money awarded when Daniels was the state's governor. That's not all. Last year, Gov. Pence and the IEDC announced it was awarding up to $8.3 million in additional tax credits and another $300,000 in training grant money for an expansion of its Indiana operations with the promise of adding 430 new jobs by 2016.

In January 2013, Daniels awarded Interactive Intelligence's CEO Donald Brown with the Sagamore Award, the highest honor a state's governor can award to one of its citizens. "Indiana needs more Don Browns," Gov. Daniels said in awarding Brown the Sagamore. "He develops companies that become wildly successful and then comes up with more ideas using Indiana as his base of operations. We couldn't be more proud of Dr. Brown's accomplishments."

This is nothing new. Mitch Daniels has always used public service as a means of attaining enormous wealth for himself. He successfully leveraged his job in the Reagan administration to land a top corporate job at Eli Lilly where he earned tens of millions of dollars as an reward for special interest benefits he helped get Congress write into law that positively impacted Lilly's bottom line at the expense of federal taxpayers.

The Star mentions that Daniels also joined the board of Cerner, a Kansas City-based health care information technology company. Who can't figure out how the president of a major university like Purdue is not in a position to do favors for companies that give him high-paid positions on their corporate boards?

The Star makes no mention of Daniels being named to Hulman & Company's board of directors around the same time a deal by Gov. Mike Pence and key state lawmakers was cut behind closed doors to give the Hulman & Company's Indianapolis Motor Speedway $100 million in state taxpayer dollars to improve their privately-owned race track. Purdue played a role in writing a bogus study to tout the benefits of the IMS to Indiana's economy. The salary paid to Hulman & Company's board members is not public information but it is reportedly very generous since it is primarily occupied by family members who rely on that salary for their spending money. It should also be mentioned that Gov. Pence's son attended Purdue University on very generous scholarships Daniels made sure he got so the Pence household didn't have to incur debt to send their son to college like other ordinary Hoosiers.

So yet another company walks away with tens of millions of our tax dollars while stuffing money in the politicians' pockets who are supposed to be representing our interests but actually earn far more in quid pro quo deals using your taxpayer dollars as the quo. It's disgusting and illegal, but there is nobody on the side of taxpayers to fight for our interest to put these dirty bums in prison where they belong for using our taxpayer dollars as their own personal ATM machine. Instead of reporting real public corruption that exposes the ways of those they seek to protect, our media creates flash mob stories about RFRA, JustIn and other manufactured stories used to advance their own social and political agenda.
Posted by Gary R. Welsh at 6:50 AM

This news report sickens me to the depths of my being just as will any factual news item regarding Mitch Daniels. It seems all Democrat and Republican politicos enter "public service" poor but, like the amazing Dennis Hastert, end up with fabulous amounts of money we honest people truly working for a living could never imagine. I want to wretch when I think that I actually voted for this creep and that I was foolish to cheer him on at our local and state GOP meetings. I've come late to the party in realizing the guy is hardly more than an out and out crook. I am one Purdue degree holder who abhors the idea he heads my alma mater; if I could engineer my "retirement" job to a similar position paying oodles of bucks as did Mitch Daniels, I'd be livin' la vida local too. Just how many freakin' "jobs" paying large sums does the diminutive Mitch Daniels need? Having trouble supporting wandering eye Cheri (the truth of all that lurid mess we've yet to publicly know)? Convicted drug dealer, known political lucre dealer, crony of cronies, Governor CombOver Daniels is merely another self-interested swindler who inveigled himself into politics years back to rise to riches through political connections and political favor trading. If it were not for his entre with the liberal Dick Lugar and the contacts Daniels made through the various political fiefdoms, would Daniels be the "self made" little man he is today?

Decades ago when I took a course on Economics in College, we had a required book of radical critiques of our Economic System. Even back than in the 1970's it was obvious we had huge Oligarchies in control of our Economy. Back then it was Big Steel, King Coal, and the Big Three Auto Makers.

Perhaps it existed back in the 1970's but not as prevalent as today where political insiders, wives, etc., sat on boards. The other issue today is the revolving door between elected political officials, political appointees and Business.

A University President or Board Members should be forbidden from sitting on a Board or accepting payments from a corporation, etc. The Star should be questioning the ethics of this deal, but instead The Star sees this as a plus.

Sadly, this is chump change to these people.


It's amazing how many criminals are rewarded instead of punished. I am a Purdue grad
and almost ashamed to admit it. Daniels has been destroying our Public Education system since He was elected Governor.

is it even possible to be get into and stay in politics without being corrupt, take bribes, or play crony politics.

sadly, this has become the norm. we need term limits in every level of politics, and we need to start holding people accountable. Start with sending Ballard to jail, and follow it up with journalists actually reporting the news. investigate these stories and put them front and center, instead of leading the days news with the case of Bruce jenner's missing wiener.