Peyton Is Still The Star Of The Town 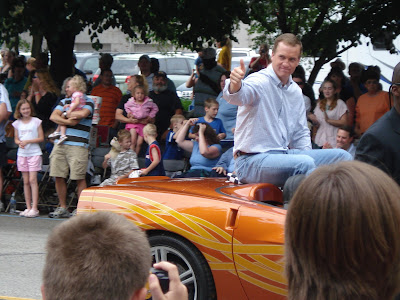 Nobody has more star power in Indianapolis than Peyton Manning and he plays the part well. That was self-evident throughout this weekend's 500 festivities. People at the parade were more excited to see him than anyone else, he earned a mention in the prayer before the start of the 500 race and he waved the green flag to kick off the race. Click on photo to enlarge.
Posted by Gary R. Welsh at 9:40 PM