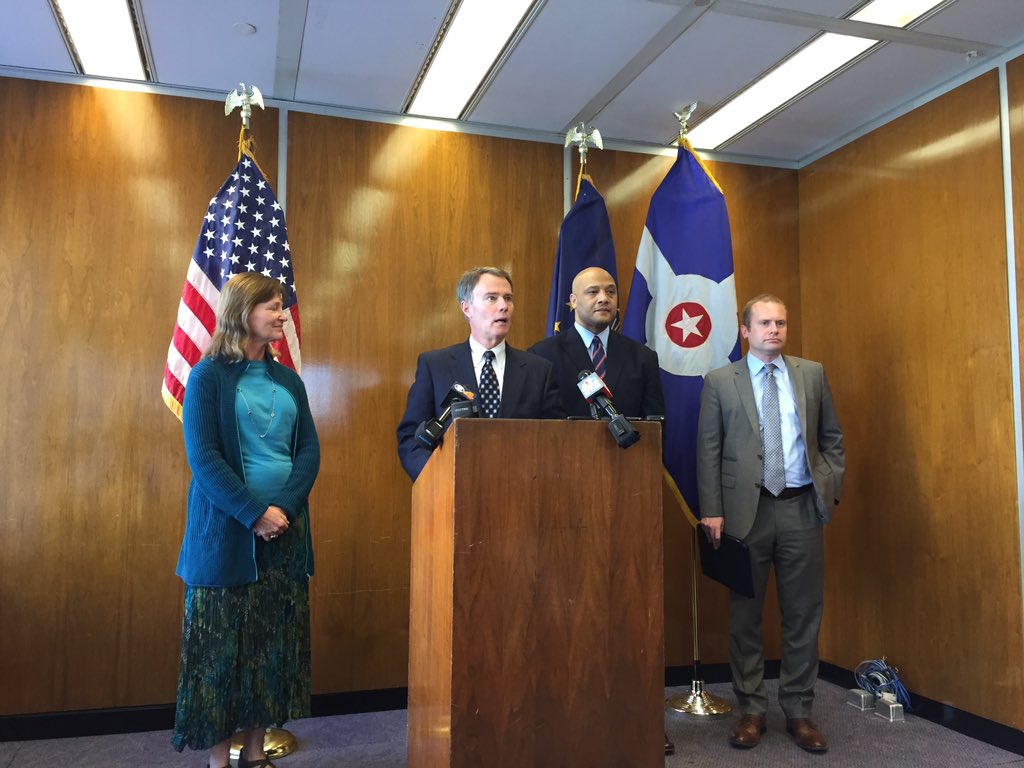 Carson, of course, is just window dressing to make black folks feel they're being included. The congressman will be tending to business in Washington and unavailable to participate in the day-to-day transition activities of the Hogsett administration.

Huber represents the worst of the worst when it comes to all of the corrupt, downtown insider deals undertaken by the Ballard administration. He played a key role as former deputy mayor for Ballard in the Regional Operations Center deal, the privatization of the parking meter assets (to his former employer's employer), the sale of the water and sewer utilities, which resulted in the quadrupling of bills, Vision Fleet and Blue Indy, just to name a few.

Davis served as a controller in the administration of former Mayor Bart Peterson during his first term. Peterson's administration engineered the purchase of the Indianapolis Water Company at that time from NiSource, which began the process of saddling the water company with an incredible amount of debt. Peterson's administration then passed off control of the water company to the French-owned, Veolia, which hosed Indianapolis ratepayers while providing high-paid jobs to political cronies for years before Ballard decided to sell it off to Citizens Energy and tack on another half billion dollars in debt he used to finance his re-election campaign by doling out street-paving and sidewalk building contracts to his pay-to-play campaign contributors.

So yeah, it's business as usual. Joe Hogsett will continue doling out your taxpayer dollars to the downtown insiders, and he's already let you know that he won't be letting anybody but the downtown insiders get their nose under his tent to snitch him out.
Posted by Gary R. Welsh at 3:09 PM

Face facts, folks. Kathy Davis is going to be the de facto Mayor of Indianapolis.

If Hogsett steps down for any reason, she's going to be the new Mayor.

So, Andre Carson is still around. I'd almost forgotten.


It is the corrupt Marion County Republican Party, the inept Kyle Walker, and the guy they thoroughly used, Chuck Brewer, who enabled the Kathy Davis, uhhh, Joe Hogsett Administration to come into existence.

We have the Greg Ballard III but with "D's" after their names.

And Mike Huber- hoo boy... if there ever was a useful tool, he is it.

Andre Carson is certainly more than window dressing in his district. Even with Carson's duties in Washington, he still spends time meeting with local groups who are active in the community. We still receive Carson's emails even though we have been gerrymandered out of his district. Representative Brooks we are still waiting for any indication that you exist outside of Carmel. I know that you are very busy with your Benghazi stuff, and learning how the State Department works, but it would be nice if you ever answered an email or organized a job fair or something on your 210 days off. And no people, Andre Carson is not related to the Muslim hating Ben Carson.

Andre at least can realize only his district is going to elect him to anything and is the lucky being the grandson of the (late in life) worthless Julia Carson! The state of Indiana may be stupid, but they would never elect this guy to be a Senator! Ha! It is completely laughable. Soooooooooooo....time for the roosters to come home and start pecking for something else to do.

I will be watching this freak show from far away. You cannot continue to rob the rest of the city to enrich downtown cronies. At some point in time, those thugs killing thugs are going to start killing tourists. Then it's all over for Indy's gay loving, Christian hating convention industry. I'm going to enjoy watching this clown finish the job Ballard started.

I watched about 20 seconds of Jim Shella's show as flipping through the channels last night and Katzenberger gave a blow job to Huber in that time. I chuckled slightly and moved right along.

If you wanted to know Representatives who actually knew people who lived in their district they would be the Carsons. Each put in the extra time and effort to faithfully serve their constituents. Julia was an intelligent, caring person. It would take a fool to sully the reputation of somebody they knew nothing about.

I see Joe's first decision in his new job is a joke.

what a wack comment. carson's mailing list is a computer program. his job fairs are a facade. benghazi was a cluster f**k caused by hillary and obama's incompetence.

oh, and today i learned ben carson hates muslims. i'm guessing he assassinated lincoln and introduced the plague to 14th century europe too.

Gary, I was really hoping that you were wrong about Hogsett. But Huber (who actually isn't a nasty guy to talk to) sees government as a private lending institution. Very intelligent guy, just wish he had a sense of civic duty. To his credit, he did leave the Ballard administration. Indianapolis is done.