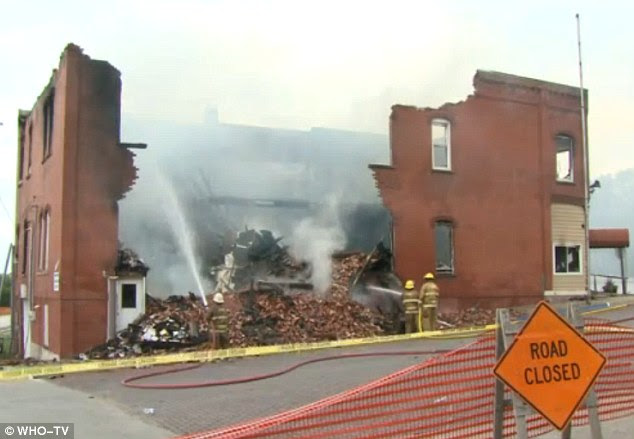 Federal prosecutors in Iowa say the long-time city clerk for the town of Casey set fire to City Hall to destroy evidence she had embezzled more than $300,000 from city funds by charging personal expenses to city credit cards over a six-year period. Dorothy Dillinger, who worked in city government for more than 30 years, has been charged by federal prosecutors with wire fraud and arson. Investigators were able to piece together a case against Casey, who set fire to the City Hall upon learning state auditors were coming to audit the small town's books, by assembling old bank records, information recovered from the city's software vendor and copies of receipts and invoices requested by the city. Investigators were only able to review records going back to 2008.
Posted by Gary R. Welsh at 1:28 PM

I hope the Ballard Administration doesn't pick up on this story!


To Anon 1:39... My thoughts EXACTLY the minute I read this report!

The Ballard - Hogshitt Administrations have nothing to fear. The state has gutted State Board of Accounts to the point of uselessness. Tweedle-Dee (Terry Curry) and Tweedle-Dumb (The US Attorney) are too busy distracting others with shiny objects