U.S. Government To Blame For Ebola's Arrival In America 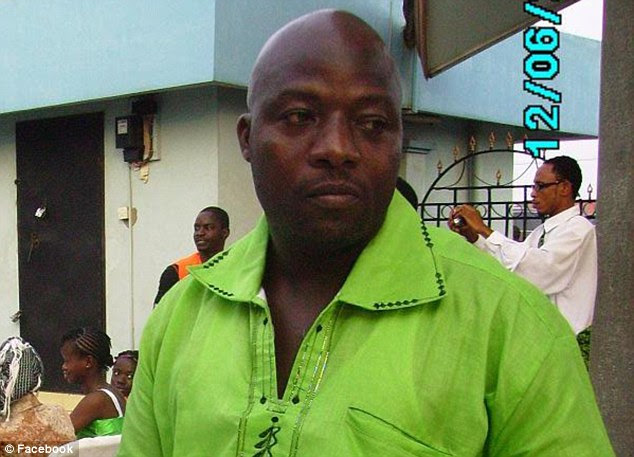 It's almost as if President Barack Obama and his administration wanted the deadly Ebola virus introduced into this country. The Liberian national who boarded a flight to enter the U.S. on a tourist visa on September 19 knew that he had been exposed to several people infected with Ebola who died within days. Four days before he boarded the plane, Thomas Eric Duncan carried his landlord's pregnant daughter who was convulsing to a clinic to be treated for the disease. The 19-year old woman died the next day after she was turned away from a crowded hospital. The landlord's son and three neighbors who also came in contact with the daughter died from Ebola days later. Because Duncan wasn't showing symptoms when he boarded a plane days later, still within the disease's incubation period, he was allowed to board a plane bound for the U.S. Although a person can carry the disease for 21 days before becoming symptomatic, policy permitted a passenger to board a plane as long as they weren't sick at the time of boarding. The White House has told reporters they see no need to change that policy. President Obama has even signed an executive order that would prevent U.S. immigration officials from removing inadmissible Liberian nationals from the country for at least 24 months on humanitarian grounds.

The U.S. government acknowledges that there are currently 13,500 like Duncan from Ebola-stricken countries in West Africa who hold visas that allow them to travel to the U.S. uninhibited. Duncan worked for FedEx in Liberia, but he quit his job right after obtaining the visa in order to visit a son living in the U.S. Duncan no doubt intended to stay permanently in the U.S. after entering on his U.S. visa. The astronomical cost of treating Duncan's deadly disease will now be picked up by taxpayers, laying aside his potential exposure of dozens of others who came into direct contact with him after he became sick with Ebola after his arrival in the U.S.. News reports indicate that he was sent home with antibiotics on September 26 when he showed up sick at a hospital, Texas Health Presbyterian Hospital, in Dallas despite telling the people who treated him at the hospital that he had traveled to the U.S. from Liberia only days earlier. You can bet the hospital was most concerned about getting him out the door as quickly as possible since they knew he had no insurance or means to pay any medical bills that he incurred. Duncan spent two days in his son's Dallas apartment getting sicker and sicker before he was finally transported by ambulance to the hospital and diagnosed with Ebola. The ambulance which transported him remained in use for another two days before it was taken out of use. At least five children who attend four different schools came in contact with Duncan while he was sick with Ebola.

Texas officials say there are at least 18 people altogether who are being monitored for exposure to Ebola. Some news reports claim he may have had direct contact with as many as 80 people after he became symptomatic. Dr. Mark Lester at Texas Health Presbyterian acknowledges that Duncan had informed a nurse who saw him that he had recently arrived from Liberia but claims that the "information was not fully communicated throughout the whole team," whatever that's supposed to mean. The government assures us that hundreds of airline passengers who came in contact with Duncan have no fear of contracting the disease because he was asymptomatic at the time he traveled. Duncan traveled on three different planes during his journey from Liberia to Dallas. He flew from Liberia to Brussels where he boarded a plane bound for Washington's Dulles Airport. He then boarded a third flight to Dallas. U.S. health officials insist the disease can only be communicated one a person shows symptoms. They also insist that the disease is not air-borne like other common viruses, although some dispute that contention. We are told that a person must come into contact with an infected person's bodily fluids in order to communicate the school. Why have so many health care workers who take extraordinary precautions to protect themselves while treating Ebola patients contracted the disease in Africa if it's not an air-borne disease?

The Obama administration has been reassuring the public for months that there was no significant risk posed to Americans by the Ebola outbreak in Africa. It refused to alter any travel policies regarding people from the affected regions of Africa in an effort to minimize risks to Americans. What's even more troubling are reports that there was a public tweet from a large government supplier of emergency response products specializing in "high risk events" to Disaster Assistance Response Teams to be prepared to activate in the month of October. That suggests that someone not only knew that Ebola was coming to America but when it was expected to arrive here. There are some who even speculate that the particular strand of Ebola spread during this latest outbreak had been weaponized to maximize its spread. Previous outbreaks of the disease on the African continent since it was first discovered in 1976 have been very localized in mostly remote areas where very few people were infected by the disease. Earlier outbreaks were all easily contained, unlike the outbreak that began earlier this year in West Africa.
Posted by Gary R. Welsh at 7:21 AM

We should simply stop allowing anyone into or out of the US in a permanent basis.

Almost as if??? It sure seems after years of substantial "proof" by way of his words and deeds that Barack hates America. Christians, Jews, and the US Constitution. I’d wager that Barack Obama and his regime definitely want the deadly Ebola virus introduced into this country. October surprise, perhaps… anything to help the rapidly sinking Democrat party at the polls… all accomplished by a politician whose world view is extreme and alien from anything Americans have experienced or expected, regardless of how often he was up front about “fundamentally transforming the United States of America”.

This country is experiencing an ongoing “soft” invasion of massive numbers of illegals from God knows where with Lord knows what types of diseases and agendas. Now comes Ebola and I am not even sure this is not a political red flag op like 9/11 for social control. And if Ebola is actual, you have to wonder why THEY WON’T SEAL OUR BORDERS right now even for this!!! What does that tell you??
For this regime to populate as many states as possible with these illegal aliens is stunning… and of course no one with any real power to do anything is lifting a finger (hello, John Boehner, Paul Ryan, John McCain, etc.).

Many Americans says BO is a failure but I happen to say that in HIS eyes he is a success… he and the extremist socialist liberal left Democrats push and push this country to the left non-stop.

We have a dead economy, underemployed or multiply employed workers, production that was moved overseas by Bill Clinton’s NAFTA (oh, but wait, they moan… that was “bipartisan!”...), a reduced military, we are probably in the initial throes of WWIII, oh… what’s the use of my continuing?

Obamniacs are utterly blind to the devastation and trampling of the US Constitution by their Dear Leader. With the RINO Republicans completely at sea to what they are really dealing with… I just sit back and hope for the best. As it is now, this will not end well… not at all.

This is the age of the suicide bomber. What better opportunity exists than suicide by Ebola. The terrorist travels to Liberia, becomes infected, then travels to a distant population center before he becomes symptomatic. As his disease progresses he attempts to infect as many unwitting victims as possible by visiting hospitals, restaurants, train stations etc. By the time his plot is discovered, he is near death. The possibilities are chilling. We fear accidental contamination by travelers arriving by air, but what about intentional infectious spread. Much of the world is at war. It must be attractive to madmen to consider the desirability of disease wiping out one’s enemies.

I am an Murray Rothbard-Lew Rockwell anarcho-capitalist so don't believe in government, but this encapsulates what is wrong with the current one. If it can't defend its fake borders, why does it exist anyway?

Good god people. The Center for Disease Control kept vaccines from the public for over 5 decades. Only heads of state and powers to play got vaccinations for many things we are all exposed to. This is not a war on infectious disease, but the containment of such.
The Meningitis Vaccine went public for the 10 or 10,000 viral types after a brave family proved this in 1999. So be rest assured, the bacterial one treated the last two years with drugs from Sweden not approved here yet...Ponder that.
Now a camera man is ill. Don't create a conspiracy on genocide or germ warfare...Get the drugs produced.

Today I sent this email to Congressman Andre Carson:

I want more strident protection from Ebola. Stop travel from Africa to the U.S. despite objections from the profit conscious airline industry. And stop the CDC from asserting that Ebola is not airborne, which has not been proven, and which may happen at any time. We are doing a terrible job of protecting our homeland from this disease, and I want you to support much broader security measures, including border protection at the Mexican and Canadian borders to prevent intentionally self infected Muslim terrorists entering our country in asymptomatic status with the purpose of spreading Ebola. I simply don't believe the conventional politically correct assumptions on this disease, and I want you to support the most stringent protective measures possible.