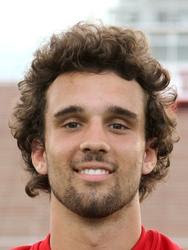 A Hendricks County judge yesterday sentenced Charles Alex Parrett, the 19-year old son of Herff Jones VP and CFO Michael Parrett, to four years of home detention with one year suspended after he agreed to plead guilty to a single felony charge of fleeing the scene of an accident resulting in death. A vehicle driven by Parrett struck and killed 36-year old Robert Blankenship on U.S. Highway 36 on February 5. Parrett initially fled the scene and went to a restaurant in Plainfield before later returning to the scene with his mother.

Subsequent toxicology reports revealed that Parrett was under the influence of marijuana at the time of the accident. Judge David Coleman agreed to dismiss a felony charge against Parrett for driving under the influence of a schedule I or II controlled substance as part of a plea agreement Parrett reached with the Hendricks County Prosecutor's Office. Parrett, an Avon High School graduate, was a freshman member of Wabash College's football team at the time of his arrest. Parrett will be required to serve one year of probation after he completes his sentence of 1,093 days on home detention. He was also ordered to perform 40 hours of community service, fined $100 and ordered to pay $2,248.00 as partial restitution. Parrett is to be working or enrolled in school during his sentence, as well as undergo substance abuse evaluation and treatment.
Posted by Gary R. Welsh at 1:24 PM

How about restitution for the other family's medical related expenses?

No matter how egregious the crime, no matter how affected the victim's families,some judges are extremely sympathetic to those afflicted with affluenza.


I'm reminded of a quote to the effect of;some are more equal than others.

WOW, this is an unbelievably light sentence. It seems our "Justice System" turns into melted butter, whenever the connected are involved in a crime.