Another Child Slips Through The Cracks 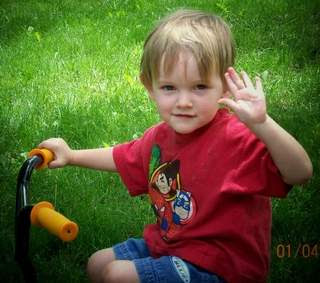 The Star's Tim Evans has a heart-wrenching story of a two-year-old Daviess County toddler who slipped through the cracks of DCS bureaucracy. Despite a DCS-ordered drug test on Jalen Blake that came back positive for methamphetamine, DCS failed to remove him from the care of his mother. Three weeks later, Blake died at Riley Children's Hospital as a result of injuries he suffered from a beating by his mother. Evans writes:

Children's advocates say it is yet another in a series of troubling incidents involving DCS: Jalen's death is at least the 11th death of a child involved in an active or recently closed DCS case since November 2007. They also contend it is a glaring example of why the state must create an independent ombudsman to probe the agency's role in such cases and hold it accountable for its actions.

"Who investigates this agency?" asked Dawn Robertson of Honk for Kids, which assists families involved with DCS.

The answer, at least in Jalen's case: no one.

There is absolutely no excuse for anyone at DCS to make these kind of mistakes. Those who work in the child protection field will tell you “we have to consider the family and keep children in an intact family structure” ...hog wash! To hell with baby Mammies and baby Daddies. The welfare of the child should come first.
If a child is put in danger once it will be in danger again. Send these brain-dead idiot Moms and Dads packing and take care of the babies. We will have fewer dead babies and we will know that the dollars spent on child welfare will go to caring for the children who need it. Maybe,... just maybe these kids will have a chance at life.
When will we as a society realize that just because someone can make a child doesn't mean they can raise a child.

It's a shame to see another child die when much could have been done to save him...

Indiana has shown a lack of will and regard for child welfare reform. And the sad thing is, there doesn't seem to be anything going on to change that in the near future. I'm sure "Our man Mitch" is utilizing the funds from the ILLEGAL sale of the Indiana Toll Road in a responsible manner......because we all know that we need more lanes on 465 and not more case works......