Ambassador Stevens Raped Before He Was Murdered?

The tragic news of Ambassador Chris Stevens murder at the hands of Islamic terrorists after the U.S. consulate in Benghazi, Libya was stormed by an armed mob just keeps getting worse. Unconfirmed reports out of the Middle East claim that he was stripped naked and sodomized by the terrorists before he was murdered. This comes after our State Department confirmed that he had been missing for more than five hours after the attack on the consulate occurred before American officials learned from Libyan officials that his corpse had been dropped off at a local hospital by Libyans. The U.S. government did not recover his body until nearly 12 hours after he disappeard. CBS News also reported that Libyan security forces directed the mob that attacked the consulate to a building in which Ambassador Stevens was located. The State Department's claims that the Libyan security officials tried to protect him was a patent lie. A Google translation of the unconfirmed reports of the rape of Ambassador Stevens:

"The U.S. ambassador to Libya was raped sexually before killing by gunmen who stormed the embassy building in Benghazi last night to protest against the film is offensive to the Prophet Muhammad (pbuh)," The sources said that "Ambassador was killed and representation of his body in a manner similar to what happened with Gaddafi, such as murder. "

You may recall that President Obama and Secretary of State Hillary Clinton virtually sanctioned the sodomizing of Gadaffi after he was captured by rebels before he was shot to death. Clinton was quoted as saying, "We came, we saw, he died." Our President went to bed Tuesday night knowing that the consulate had been attacked and that Ambassador Stevens was missing. He didn't learn of his death until the following morning. No time for honoring his death or taking precautionary steps to protect other American diplomats overseas. President Obama caught Air Force One for yet another campaign rally in Las Vegas. Party on, Barry. Life has never been better for you, but for the American people it is becoming a living hell. 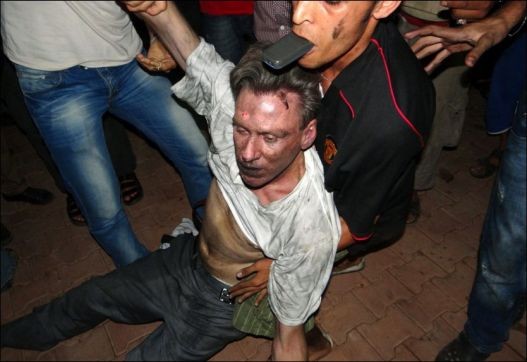 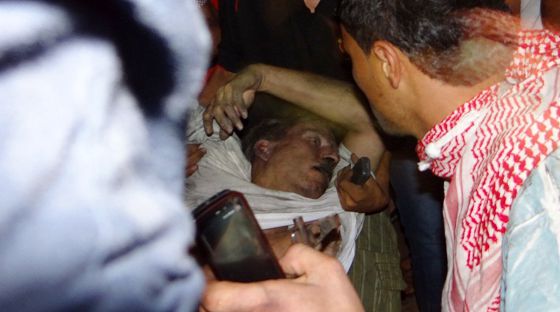 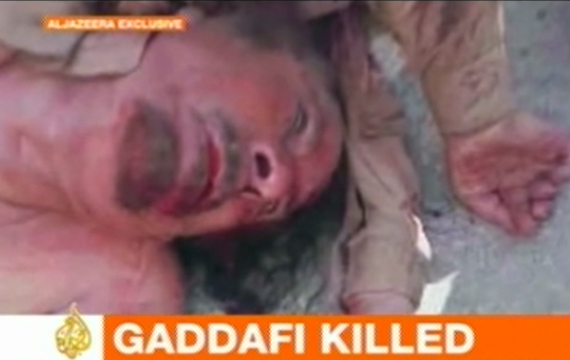