Guess Who Used To Live Here? 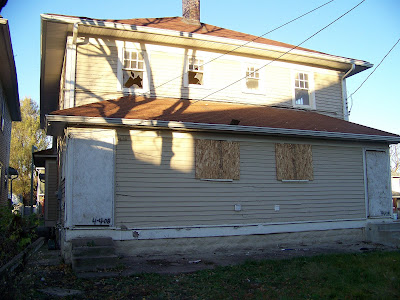 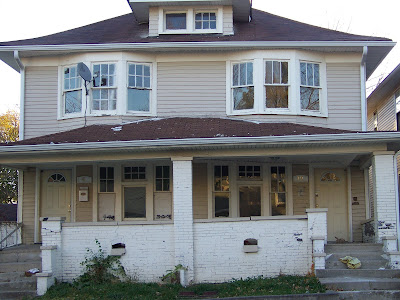 This duplex at 39 N. Randolph Street on the City's Eastside once served as the boyhood home of Mayor Greg Ballard. The City of Indianapolis ordered it boarded up in April, 2008. Hat tip to the Eastsider who sent the photos along with the story after reading my blog post about Ballard's uttter failure to deal with the abandoned house problem in this city despite his campaign promises during the 2007 election. The Eastsider tells me that Ballard actually pointed it out the house to neighbors there during a neighborhood gathering.

Wow! Did Mayor Ballard mention abandoned housing at all during his State of the City address?

I don't possibly see how anyone can enjoy a football game when our city is rotting.

We have completely lost our priorities and Ballard seems more like Peterson these days than Ballard.

Good question, Pat. Here's what he said in his speech:

"It’s why I am fighting against the blight of abandoned homes by seeking as much money as possible to rebuild those neighborhoods most affected by this problem."

If he calls this fighting against the blight of abandoned homes, then I'm running away from this city as quickly as I can.

But does he actually plan to use that money he says he is 'seeking', to actually rebuild the blighted neighborhoods. So far, no such efforts by his administration. Promises are cheap!