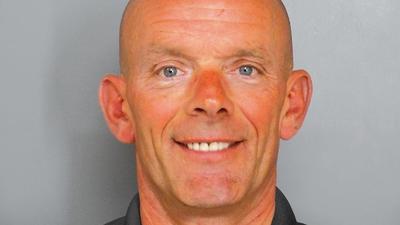 It turns out that the September 1 manhunt in search of three alleged gunmen responsible for killing a Fox Lake, Illinois police officer was all an elaborate, staged hoax to mislead fellow police officers investigating his death. Lake County, Illinois officials now reveal that Lt. Charles Gliniewicz staged his suicide to look like a murder to cover up tens of thousands of dollars he had stolen to make mortgage payments, pay for personal travel and enjoy adult websites. Lake Co. officials say Glineiwicz knew an audit of the village's funds was underway at the time he staged his own death that would reveal his financial misdeeds investigators now say.
Posted by Gary R. Welsh at 11:59 AM

And I could have sworn "they are all heroes."

Lake County has been like that for years. Indy is just how going down the path. Hang on for the ride more to come..

WBBM Chicago reported today that it's more sinister than that. He attempted to hire a contract hitman to knock off the village administrator who was about to blow the whistle on the pig's embezzlement scheme. A search of his locked desk found small packets of narcotics - likely ready to plant on the administrator.

Next time you're popped with dope - remember crooks like that who plant drugs on people or in the case of the FBI plant drugs on a businessman at the behest of the automotive manufacturing triumvirate in order to run said businessman out of business.

And because of that pig's scam, his family made off with a cool $20K from charities.