Ellsworth Moves To The Right Of Hostettler On Immigration Reform 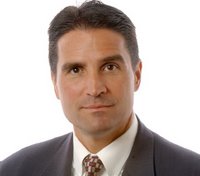 In a remarkably stupid poltical move, Eighth District Democratic congressional candidate Brad Ellsworth has decided to outflank Rep. John Hostettler on the extreme fringe of the immigration issue. The Howey Political Report says that Ellsworth is flat out opposed to any amnesty for America's 10-15 million undocumented aliens. Howey writes:


Vanderburgh County Sheriff Brad Ellsworth, Democratic candidate for U.S. Congress in Indiana’s 8th District, called on the U.S. Senate to pass the House immigration plan and oppose amnesty for illegal immigrants. “Giving lawbreakers amnesty is wrong,” Ellsworth said. “We need to crack down on illegal immigrants, not give them an excuse to break the law.” Ellsworth called for Senate passage of a measure sponsored by Republican Representatives James Sensenbrenner of Wisconsin and Peter King of New York that passed the House in December. It is intended to increase security on the nation’s borders and require employers to verify job applicants’ immigration status before hiring them. “For far too long folks in Washington have ignored this problem,” Ellsworth said. “Now, illegal immigrants account for one of every twenty workers, taking jobs from Americans and breaching the security of our homeland.” Ellsworth's opponent, U.S. Rep. John Hostettler, has been a leading advocate of a crackdown on illegal immigration.

Now, we know that Hostettler understands his extremist view, but how familiar is Ellsworth with his? Let's explain this to Sheriff Ellsworth. By saying you are for the Sensenbrenner bill which passed the House last year, you are saying that all undocumented aliens currently living and working in this country will be deemed felons. You are also saying that all the employers who employ undocumented aliens will be charged as criminals. And, all those charities (religious charities included) providing services to undocumented aliens will be criminally charged for aiding and abetting them. As a respected law enforcement officer, can Sheriff Hostettler not imagine the civil war this would set off in our own country if the federal government were to actually be put in the position of having to enforce this "cruel and unusual" punishment?

Let's not forget that we are a nation of immigrants. Many of our ancestors were able to immigrate to this country simply by landing at Ellis Island and remaining here for a certain period of time--no questions asked. Our immigration laws are more restrictive now than they have been at any point in our history. Is it any wonder we have so many undocumented aliens? Did our own government not deliberately make a decision to, in effect, wave them across the border to make sure our employers had an ample supply of cheap labor?

Whether you like the fact that we have so many undocumented aliens or not, the issue has to be dealt with in a humane fashion that is least disruptive to families, our economy and the civil order. Sensenbrenner's legislation doesn't come close to passing that test. As a law enforcement officer, Ellsworth should understand this better than Hostettler. Unfortunately, he does not.
Posted by Gary R. Welsh at 7:17 PM

I'd like to believe this is a politically stupid move and that voters would recoil from this xenophobic crap.

But the side of me that is less charitable toward my fellow citizens fears that it's a politically canny move for Ellsworth to get to the right of Hostettler on immigration.

I agree with Doug. It's a shitty thing to do for sure, but it's pure politics. It's obvious that once more, Republicans have NOTHING positive to campaign on, so they find a issue to push, such as this. Immigration reform is to this election what gay marriage was to the 2004 campaign season. If they REALLY wanted to do something about illegal aliens working in this country they'd arrest the people that hire them.