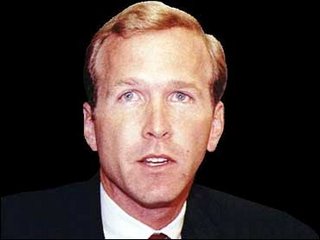 Last year, former Presidents George H.W. Bush and Bill Clinton, joined together and formed the Bush-Clinton Katrina Relief Fund to aid the victims of Hurricane Katrina. Former First Lady Barbara Bush made an undisclosed, large contribution to the fund. There was only one catch. The money could only be used by school districts to purchase Ignite Learning software, which is produced by a company owned by her son Neil Bush. As we reported previously, this is the company which was financed, in part, by the United Arab Emirates.

According to the Houston Chronicle, the software has been obtained by 8 school districts which took in children of Hurricane Katrina victims. The story reports that the Houston school district began using Ignite Learning in 2004 after Bush solicited over $115,000 in private donations for a charitable fund which benefits the Houston schools with instructions that the money only be spent to purchase Bush's software. The story said, "The deal raised conflict of interest concerns because Neil Bush and company officials helped solicit the donations for the HISD Foundation, a philanthropic group that raises money for the district."

Barbara Bush planned to visit a Houston Independent School District campus using the Ignite program to call on local business leaders to support schools and education. The Houston Chronicle said, "Barbara Bush is expected to observe both teachers and students using the Ignite Learning program while touring classrooms, according to the Ignite press release."

Gee, I wish my mom and dad could create business for me and be charitable at the same time, and I've been a good boy, unlike Neil. Neil Bush has had quite a reputation for being the black sheep in the Bush clan. He got in quite a mess back in the 1980s when a Denver savings & loan where he served as a director went belly up--a billion dollar collapse. Daddy had to bail him out of that one. He and other directors had to pony up $49.5 million to settle a negligence lawsuit, and he narrowly avoided a criminal prosecution. His divorce a couple of years ago was also pretty messy, stirring up allegations of extra-marital daliances with Asian women during business trips and fathering at least one child out of wedock. It's good to see mom and dad are still helping Neil out, even with the embarrassments he's caused the family.
Posted by Gary R. Welsh at 6:17 PM