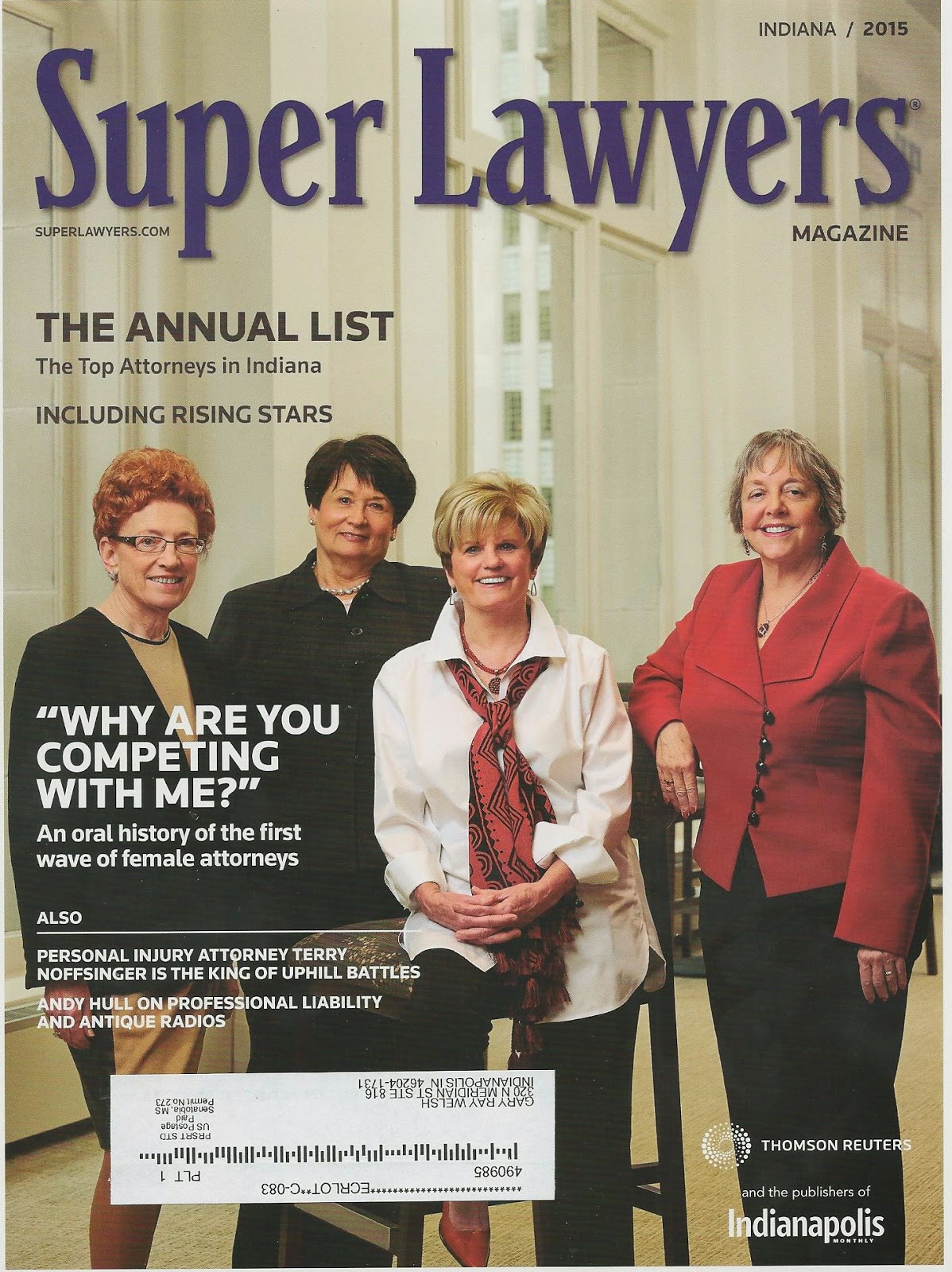 It's that time of year when a legal publisher puts out its phony list of Super Lawyers to tout some lawyers in the profession with a knack for self-promotion to give the public the appearance that they have been deemed superior in all respects to other members of the law profession in some objective manner when nothing could be further from the truth.

To most practicing lawyers, the Super Lawyers designation is nothing but a fraud on the public, and most of them will have no role in participating in the annual unscientific rating of lawyers, which by all appearances can be bought for the right price by purchasing advertising in the annual publication that publishes the dubious list.

Other states have looked at this form of advertising and found it runs afoul of Rule 7.1 regarding lawyer advertising. Interestingly, when the rule was revamped in 2010, the Supreme Court narrowed the definition of unlawful lawyer advertising. It used to prohibit communications containing "false, fraudulent, misleading, deceptive, self-laudatory or unfair" statements. Now that rule only prohibits "false or misleading" statements about the lawyer or his services. The commentary to the rule provides, however, that otherwise truthful statements are misleading if they "compare the services provided by the lawyer or a law firm with other lawyers' services, unless the comparison can be factually substantiated. Calling oneself a Super Lawyer because you were able to convince a communications company in the business to make money proffering this service fails that test in my humble opinion.

When the legal publisher bestows a "Super Lawyer" designation on a practicing lawyer in Indiana, it gives the public the impression that the results a client will achieve by hiring one of these attorneys is superior to what any other attorney can achieve for them when there is absolutely no factual substantiation for that claim to be made. It is beyond me why the Indiana Supreme Court hasn't spoken up and expressly prohibited attorneys from advertising that they are a "Super Lawyer." I just want the public to know that the manner in which this designation is arrived at bears no semblance to a lawyer's capabilities when it comes to practicing law in this state. It's misleading, it's unfair and it should be a prohibited form of advertising.

The publisher says it selects its annual list by picking from lawyers who were previously bestowed the designation. In looking for new candidates to add to the list, it looks at "region, gender and ethnicity" in order to promote diversity.  It claims it is partial to lawyers who are "breaking new legal ground or have a career's worth of notable accomplishments." Of course, it insists advertising doesn't influence its list. The list is "never for sale." Yeah, right.
Posted by Gary R. Welsh at 2:44 PM

Certainly no disrespect to you and Paul Ogden, but I learned long ago that most lawyers are "nothing but a fraud on the public".

There is one especially on my mind whose wife now enables him to enjoy a national taxpayer treasure chest instead of merely a Marion County one.

How many millions did Super Lawyer Bill Conour steal from his clients before he got sent to prison and disbarred?

Kinda like a business that pays Angie's List to advertise and gets bumped up in the ratings.

No different than Mart-Hub...... and arguably more vetting happens with SL. I've been asked to rate more often by SL than MH.

I agree the MH ratings are equally as useless. If you aren't rated, MH allows you to pick a group of lawyers to rate you so you can get the rating you desire. Any time I'm sent a list of attorneys to rate, I usually close it out without rating a single lawyer because there is nobody on the list I know enough about to competently rate. Knowing who the person is does not give me knowledge of their legal abilities. Yet MH ratings are basically performed by friends of lawyers who help each other achieve the ratings they desire. The bigger law firms actually coordinate the ratings of lawyers among each other. You will see young attorneys who've never stepped in a courtroom after a short time practicing with high ratings simply because they were the beneficiary of a coordinated effort to land them a rating that is essentially meaningless.

I know people on that list who failed the bar exam two or three times before they finally passed.

it basically means that if you
don't bump your hourly up from $275 to $450 because of this designation, that you've got a tiny smidgeon
of integrity still left.

IBJ, the parent company, charges for the People section. I'm thinking that Gary called this right-on!

Pay-to-Play in this game.

IBJ doesn't have anything to do with the Super Lawyers publication.

could this magical list at least guide me to selecting a well connected attorney? who needs a real lawyer when so much can be bought behind closed doors in this state.

Well guys, you can carp all you want, but I had Linda Pence - front and center in the photo - represent me and I am highly, greatly satisfied with her performance.
Did I perhaps pay a premium? Sure. But there are times when you don't shop for bargains.

"In looking for new candidates to add to the list, it looks at "region, gender and ethnicity" in order to promote diversity"

Allow me to translate: region means outside of Indy. Gender means without a male appendage. Ethnicity means with an accent other than English, Canadian or Southern. Promoting diversity means anything but a GOP conservative worldview.

Of course Race figures in, amazing it was not mentioned. Now, if they meant religion instead of region, or if the host mistyped religion as region, well I can translate that as well. It would mean anything but Christianity.

Glad I could be of help.