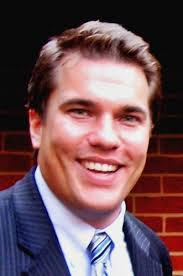 The former executive director of the Greater Indianapolis Progress Committee, Matthew Hendrix, has been charged with 26 counts of forgery and one count of theft by the Marion County Prosecutor's Office for funneling more than $96,000 from the government-funded nonprofit to phony vendors. The alleged payments were made between September 2012 and February 2014. Hendrix became GIPC's executive director following Mayor Greg Ballard's election to office in 2008. GIPC's offices are housed in the City-County Building and has traditionally relied, in part, on funding from the City of Indianapolis for its more than $330,000 annual budget.

GIPC's chairman, J. Murray Clark, Jr. told reporters last week when first confronted about the embezzlement allegations that Hendrix had been fired in early March for an unspecified reason. Clark said that GIPC officials did not become aware of missing funds until after Hendrix was paid a $17,000 severance payment by the nonprofit organization. The IBJ now reports that the nonprofit's discovery that Hendrix had billed the organization's credit card account $5,000 for a personal cruise was the incident that led to his firing. Last week, WRTV reported that the $5,000 charge was for a cruise. The IBJ reports that Hendrix was taken into police custody this afternoon and booked on the charges.

According to the prosecutor's office, the misspent funds were intended to be spent on the Mayor’s Celebration of Diversity Award, Bank On Indy, Indy’s Campaign for Financial Fitness, Volunteer Tax Assistance and the Office of Education Innovation. In December, GIPC launched Mayor Greg Ballard's effort to privatize the building, operation and maintenance of a new, half-billion dollar proposed criminal justice complex the administration would like to see built at the site of the former GM stamping plant on West Washington Street. In Hendrix' role as GIPC's executive director, he worked closely with Mayor Greg Ballard and his executive staff on city-related projects and frequently attended meetings in the Mayor's office. When news of the allegations against Hendrix first surfaced in a WRTV report, most of the Indianapolis news media shunned coverage of the story. Except for WRTV, all other local TV stations have senior management employees serving on GIPC's board of directors.

UPDATE: The Indianapolis Star has provided more sordid details of Hendrix problems, including problems with his marriage, gambling, strippers and possibly even drug use.


In April, investigators interviewed Shayna Jo Morales, 26, at the Marion County Jail, where she was being held on an unrelated charge. She told them she had met Hendrix at Club Rio, where she worked as a stripper, but it was not clear when the first meeting occurred.

Morales said Hendrix asked her to cash some checks and gave her a few hundred dollars, according to court document. She told investigators that she didn’t have any idea what she was doing was illegal. She cooperated with investigators and has not been charged in connection with any fraudulent activities.

“She stated that Matt Hendrix told her that the checks were from his business and he was entitled to the funds. He stated that he had experienced a bad divorce and his wife had taken him for everything he had and if these checks were made payable to him she and her lawyers would get part of his money,” according to court document.

Separately, some of the checks and payments went through a firm called “Caraplace Home Health” and variations of that name. Jennifer Armstrong, Lebanon, who told investigators that she was Hendrix’s former girlfriend, is listed as the only principal. Armstrong, 34, also cooperated with investigators, according to court documents.

"She advised that Hendrix complained that he wasn’t being paid what he was worth by GIPC and allegedly told her that he could make some extra money by performing the task that a vendor would perform for GIPC,” according to court documents.

Armstrong also said she and Hendrix broke up because he was seeing another woman “and she thinks he is snorting drugs.” She also told investigators that Hendrix had become increasingly abusive, and she had sought a restraining order against him in Boone County, the affidavit said.

Hendrix' lifestyle pretty much characterizes the lifestyle led by this younger generation of the Marion County GOP and Indiana Republican State Party. They're into fast women, strip clubs, heavy drinking, gambling and living as high as possible. Only the people into that scene seem to flourish in the party. Honest people with principles are persona non grata. Their unethical conduct has now permeated throughout state and local government where it is costing taxpayers dearly through various scams and schemes designed solely for self-enrichment. Hendrix follows the same sad and disgusting path led by Tim Durham, Carl Brizzi, Lincoln Plowman, John Bales, Tom John, Mario Massillamany, John Hawkins, Reggie Walton, Terry Record and their favorite self-worshiping radio talk show host, Abdul-Hakim Shabazz. Mayor Ballard sets a very poor example at city hall with his addiction to handouts from city contractors and influence peddlers to finance a high lifestyle that is in sharp contrast to the very modest life he and his wife led on the very modest income he earned before he was elected mayor.

I'm still trying to make sense of the $17,000 severance payment GIPC's leadership foolishly made to Hendrix when he was fired. I'll bet that was at least the amount of the retainer he had to pay to his high-paid criminal defense attorney, Jim Voyles.
Posted by Gary R. Welsh at 3:41 PM

Not that audits are foolproof,
but there probably was no audit
ever done for 2012.

Great reporting Gary and Wrtv...Ponder it all.

By George I think I've Got it!! If Elected Officials set up a scheme to launder money (tax dollars) to the Crony-Capitalists for Professional Sports Teams, or connected insiders and some campaign contributions, or a junket find their way into a politicians pocket-that is OK.

If an Elected Official uses his position and influence to enrich himself or his family - case closed no ethics problem here. Move on there is nothing to see.

However if you get greedy and scam the 1% - Look out boy, you are going down.

So memo to file to all you aspiring "insiders" you can set up a company to scam the tax payers, grab some consulting fees, etc. But do not try to scam the 1%.

Whenever I see elected officials these days I think, "By the Pricking of my Thumbs some Wicked this Way Comes."

Funny there was no audit performed on this. Look at all the "high-flyers" on the board of directors - it's odd that there is only one accounting firm represented though, surprised an audit was not mentioned, as it sounds like it could have easily caught this fraud.