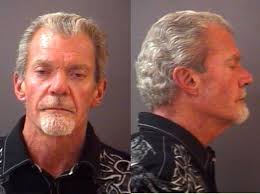 It's with great pleasure that we receive news that Indianapolis lost out to Minneapolis in its bid to host the 2018 Super Bowl. Indianapolis was eliminated in the first round of voting before the NFL team owners chose Minneapolis over New Orleans because it is now building a new billion-dollar publicly-financed stadium for the sole purpose of hosting a Super Bowl.  "It's always tough when you're going up against someone building a new stadium," Colts owner Jim Irsay told the dozens of reporters from Indianapolis who accompanied the downtown mafia members to Atlanta to grovel in front of the billionaire NFL team owners for the right to spend tens of millions of our public tax dollars over the next several years for a private party from which only the greedy NFL owners derive profits. Several league and team officials speculated that Irsay's March arrest for driving while intoxicated and possession of controlled substances was a drag on Indianapolis' bid according to the IBJ. Hey, if that's what it takes to save taxpayer dollars, let's see a few more arrests. Perhaps the leaders of this city can refocus on the things that matter and less on their creative ways of finding more excuses to squander our tax dollars on more extravagant and excessive downtown spending on sports and entertainment ventures to the detriment of the rest of the city. We can only hope that some brave federal prosecutor emerges in this country who is willing to pursue federal RICO charges against the NFL for the never-ending extortion rackets they run throughout the country to entice public officials to finance their multi-billion dollar business enterprise with our tax dollars.

UPDATE: Our fake conservative Governor Mike Pence, who signed an executive order in March assuring the NFL team owners that the state's taxpayers would pick up 100% of the costs associated with hosting the Super Bowl in 2018 to ensure that the NFL team owners didn't have to pay a dime of the huge public costs associated with the event, released this statement following today's announcement:


Indiana presented a compelling bid in Atlanta, and I commend the Super Bowl Bid Committee and all those who spent countless hours putting together a bid packet that told Indiana’s story so well,” said Governor Pence. “Although the Super Bowl will not be coming to Indianapolis in 2018, we look forward to another opportunity to showcase our Hoosier hospitality and all that Indiana has to offer.

Conservatives complain about President Obama's unconstitutional executive orders and this man unilaterally decides that the state's taxpayers have to pay to host a private party for the nation's most wealthy citizens as a way of showcasing our "Hoosier hospitality." That's the thinking of a guy who spent one decade too many living and working in Washington. He picked up all of the worst habits of the career politicians who choose to make our nation's capital their home as he did. To other conservatives throughout the United States of America, please take note of the fact that Mike Pence should NOT be on anyone's list as a potential presidential candidate in 2016. His policies are totally driven by the people contributing the most money to his campaign committee just like President Obama. He gave $100 million of our state tax dollars to the Hulman-George family to spend on improvements for their privately-owned Indianapolis Motor Speedway. The man is devoid of any principles and should be trusted by nobody. He sold his soul to the devil to become our state's governor, and he'll do the same thing to get elected President.

The unwritten rule in the NFL is: Build a stadium with taxpayer dollars, and get a Super Bowl.

The Vikings built theirs big enough to host Baseball games.

Don't forget that he has hired that evil scum Jim Atterholt as his Chief of Staff! This man is a fraud!

And Turner and his money there in Speedway...And Zionsville and wherever he builds...Connect the dots Gary...all the pay to players...