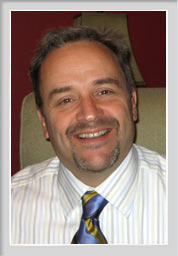 When Michael Gargano first joined the Family & Social Services Administration as a senior-level political appointee in the Secretary's office, he left behind a consulting firm he founded, Watertown Group, which had not only provided consulting work for FSSA but also ACS, the politically-connected IT company which would later become embroiled in a legal tug-of-war between ACS' former partner in the privatization of the agency's welfare services, IBM, after FSSA fired IBM and retained ACS alone to fulfill the contractual duties FSSA previously hired IBM to perform. The welfare privatization deal FSSA entered into with ACS was worth hundreds of millions of dollars to the firm.

Gargano left FSSA at the end of Mitch Daniels' term in office in January 2013 after Pence opted to name a new secretary to run the agency and just three months later joined another technology company that is under contract to perform services for the very agency he had administered. This blog raised concerns then about Gargano's prior consulting work before joining the agency, concerns that are renewed by his post-employment after leaving FSSA last year.

Gargano joined Indianapolis-based CSpring on April 15, 2013 according to an announcement released to the media as the company's managing director. According to the firm's website, Gargano has "overall responsibility for CSpring's business development and service delivery efforts . . . to ensure each aligns with CSpring's vision and growth strategy, while expanding the firm's client and project portfolio." The firm's website identifies two specific projects that it provides to Gargano's former employer. One project is described as providing enterprise architecture and engineering (EAe20X) for the agency. A second project is described as providing senior advisory and policy analysis services regarding the FSSA's Medicaid reporting to the agency's data manager and director of health informatics. The contract amount for the original multi-year contract from 2011through 2013 was $568,400 with an amendment valued at $128,470.

Indiana law imposes a one-year cooling off period that applies to former state employees under particular circumstances. As the former head of FSSA, Gargano was prohibited from accepting employment for a one-year period from the last day of his state employment from an employer with whom 1) he engaged in the negotiation or administration of a contract on behalf of a state agency and 2) was in a position to make a discretionary decision affecting the outcome of the negotiation or nature of the administration of the contract.

The state's cooling off law prohibited Gargano from accepting employment from an employer if the circumstances surrounding the hire suggest the employer’s purpose is to influence him in his official capacity as a state employee. Gargano would also be prohibited from lobbying the executive branch for his new employer during the one-year cooling off period.

As FSSA's former Secretary, Gargano may also be subject to the post-employment rule’s “particular matter” prohibition in his potential employment. This restriction prevents him from working on certain particular matters indefinitely if he personally and substantially participated in such things as a business transaction or a contract with his new employer. This latter prohibition extends to the life of the matter at issue.

The database of formal opinions issued by the Indiana State Ethics Commission does not include any opinions sought by Gargano after he left his state employment. A written advisory opinion issued by the Commission that a former appointee's new employment does not violate the cooling off and particular matters prohibitions is conclusive proof that the former employee is not in violation of the law.

By comparison, Gargano's successor, Anne Murphy, sought and obtained a formal advisory opinion from the Commission when she obtained employment as Vice President of Government Affairs for Community Health Network upon her departure from the agency. Gargano worked as chief of staff for Murphy prior to succeeding her as the agency head on November 5, 2010. Mitch Roob served as Gov. Daniels' first Secretary of FSSA before he stepped down in 2008. Roob had been heavily criticized for his big push to privatize the agency's welfare services, particularly since his former employer, ACS, became a major benefactor of those efforts. The fact that Gargano had also previously provided consulting services to ACS before joining the agency further heightened conflict of interest concerns.

More recently, the former head of FSSA's Division of Disability and Rehabilitative Services under Gargano obtained an advisory opinion from the Commission in December, 2012 seeking permission to leave his state employment and form a new consulting firm that would be employed as a subcontractor for Health Management Associates working on its contract with FSSA's Office of Medicaid Policy & Planning. The Commission approved the Director's post-employment work as a subcontractor of HMA based on his representations that he had not previously performed any work at the agency for OMPP and would screen himself off from performing any work for DDRS, the division in which he was formerly employed.

In June, 2012, another former FSSA employee received an advisory opinion that allowed her to perform work for a software consulting firm during the cooling off period. The former employee served in various capacities at the agency, including Deputy Director of the Division of Family Resources (“DFR”), Director of Aging, CFO, Appointing Authority for the DFR, and Chief of Staff. The Commission ruled that she could help her new employer respond to an RFP released by the agency during the cooling off period despite the fact that she had signed off on the prior contract issued to the current vendor for those same services.

A refresher on Gargano's incestuous ties: He's married to Ann Lathrop, the president of the Capital Improvement Board who works as a consultant for Crowe Horwath, which has a bunch of state and local government contracts. Lathrop and Mitch Roob cut their teeth in Indianapolis politics working for former Mayor Steve Goldsmith. Roob told people long before Daniels' election as governor that he would be named FSSA Secretary, and that he would privatize the agency's welfare services. ACS was awarded a similar contract in the state of Texas while Roob was still employed there. Roob kept his word and, to no one's surprise, his former employer was part of the team led by IBM that was awarded the contract to privatize the agency's welfare services. All three worked at one point or another for ACS. Goldsmith, working in concert with ACS's attorneys/lobbyists at Barnes & Thornburg, including Bob Grand, Joe Loftus and then-City-County Council President Ryan Vaughn, who doubled as a lobbyist for Barnes & Thornburg before becoming Mayor Ballard's chief of staff, engineered the 50-year privatization agreement for Indy's parking meter assets for ACS. Bob Grand, who previously served as President of the Capital Improvement Board, arranged for Lathrop's appointment to the CIB to ensure that the CIB would approve the more than $200 million in subsidies awarded to his law firm's client, the Indiana Pacers. It is rumored that Goldsmith, who has never been registered as a lobbyist with the City of Indianapolis despite all the time he spent on the 25th floor advising Ballard, received a $600,000 consulting fee for his role in getting the parking meter privatization deal awarded to ACS. Another former Goldsmith staffer, Skip Stitt, worked for ACS in Washington when Indy decided to privatize its parking meters. Stitt once employed Mike Huber, Ballard's former economic development deputy who ran the efforts inside the Ballard administration to privatize the parking meters, and who now runs the Indy Chamber. And of course, Gargano worked as a consultant for ACS before he went to work for FSSA. Can it get any more incestuous?
Posted by Gary R. Welsh at 8:50 PM

Great reporting. As has been presented by you for years. And the fact that Turner's daughter headed up FSSA as Gen. Counsel shortly out of law school until her abrupt departure as well with facts presented to DCS/FSSA and others. And Sen.'s Turner and Kenley own a call center for FSSA/DCS...The web is all documented by you and some others over the years. Connected the dots a long time ago...So now what? Does the Gov.'s Ombudsmen have a relations with FSSA/DCS...Dig deeper...

The best cleansing agent for this mess is your vote. Get out & vote in today's primary!