One of the unslated Democratic candidates for the Marion Superior Court, Greg Bowes, is crying foul over a sample ballot mailed to all Marion County Democratic voters ahead of this Tuesday's primary election which looks remarkably similar in form and substance to the actual sample ballot that the Marion County Election Board has produced for use by voters in the primary election.

On the sample ballot form mailed by the Marion County Democratic Party, the words "This Candidate Not Recommended" appears where the names of Bowes, David Hennessy and Christopher Starkey should appear. The same is repeated in other races where there are other unslated candidates running in the Democratic primary, including the 7th District congressional race and the Marion County Sheriff's race. The mailing enclosing the sample voter instructs Democratic voters that this is "YOUR OFFICIAL MARION COUNTY Sample Ballot."

In a press release issued by Bowes today, he expresses concern that voters may mistake the sample ballot as an official sample ballot sent out by the Marion County Election Board, which makes a determination that three of the judicial candidates, including himself, are not eligible to run for office, noting that the Indiana Supreme Court earlier ruled that Judge Kimberly Brown, who had filed to run for re-election, was ineligible to run for re-election after it removed her from the bench as part of a disciplinary action taken against her. Bowes notes that Indiana law clearly requires a sample ballot published by a political party to contain a disclaimer stating who paid for the publication.

The mailing to the voters, which opens with an ominous warning in bold letters, "Be Aware of a SCAM," instructs voters to tear off the sample ballot, which does not contain the disclaimer required by Indiana law. The mailing warns voters "Don't be fooled . . . Stop Tea Party extremists and other candidates trying to confuse and mislead good Democrats in an attempt to steal the election." Bowes, who is not a Tea Party candidate, has asked the Marion County Election Board to convene an emergency meeting to consider whether any order should be issued to prohibit use of the Democratic Party's sample ballot on election day.

See the two sample ballots below and see if you can discern the difference between the election board's official sample ballot and the one sent out by the Democratic Party. 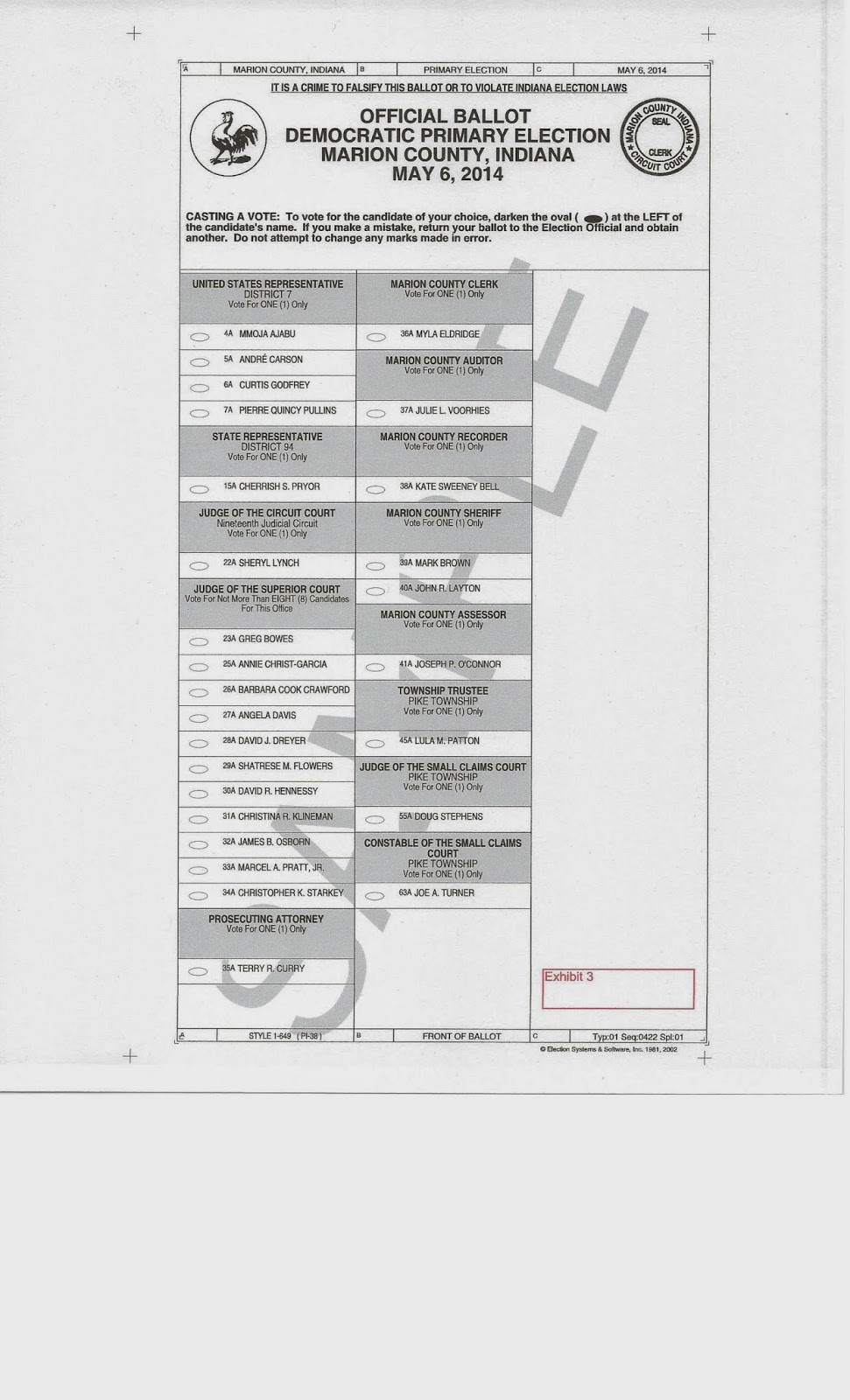 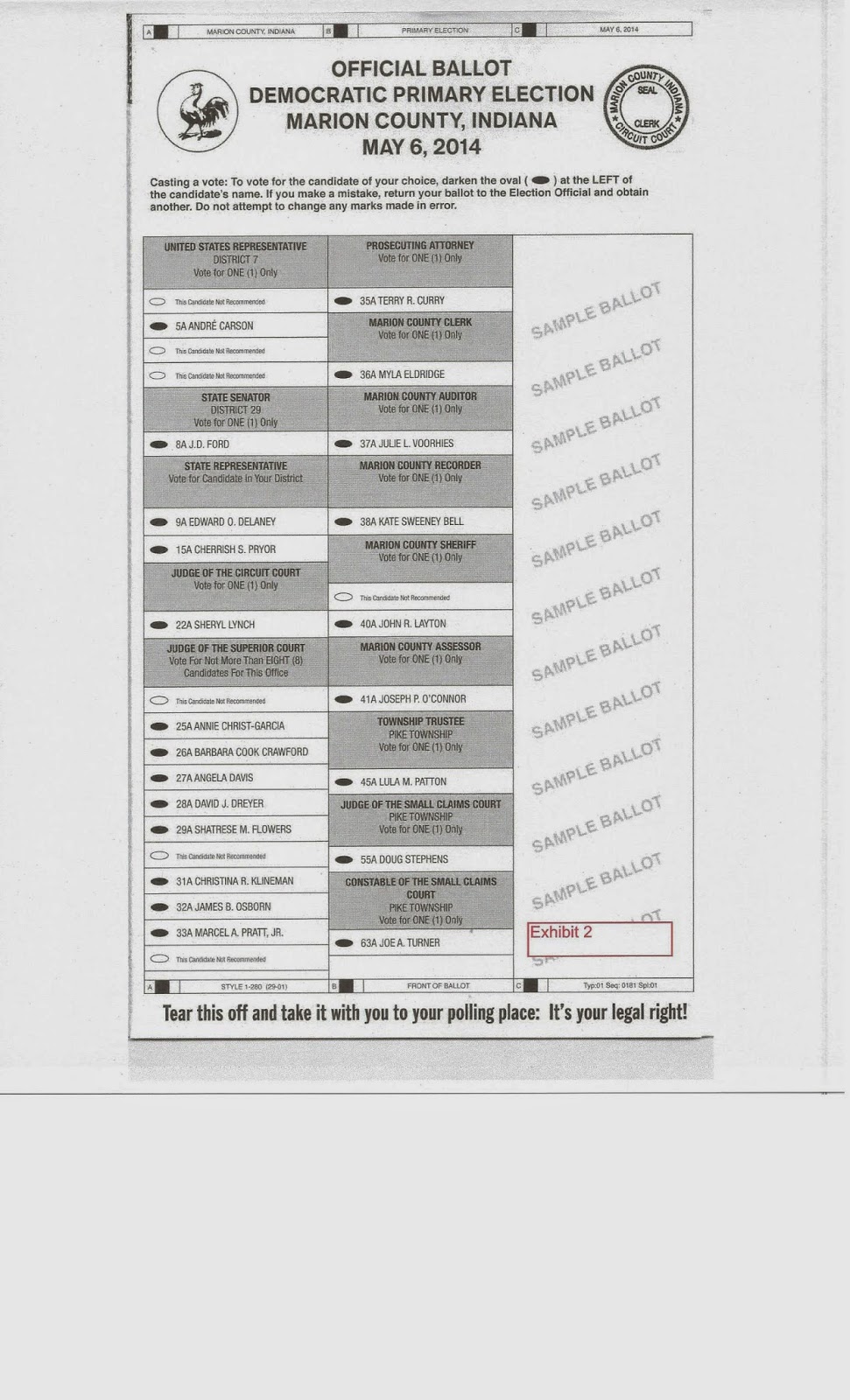 Not only is it clearly a duplicate, they copied the Marion County Clerk's stamp on it! I bet that is illegal in and of itself, besides the election fraud violations.

"Corruption is as corruption does."

Anon 7:58, yours would be funny except for the fact the Marion County Republican leadership would have done the same thing.

Paul, they did NOT do the same thing!