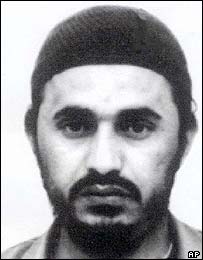 He's been wreaking havoc in Iraq for the past two years, initiating roadside bomb attacks on American soldiers and suicide bomb attacks on freedom-loving Iraqis. Today brings news that a precision airstrike has ended the life of the one of the world's worst terrorist, Abu Musabl Al-Zarqawi.

It is inexcusable that it took this long to stop this man. It is even more inexcusable that the man who started this all, Osama Bin Ladin, is still on the run nearly five years after the 9-11 attacks in 2001. It gives us little confidence in the intelligence capabilities of our government despite the massive budgets these agencies have received to aid in the war on terror.
Posted by Gary R. Welsh at 7:20 AM